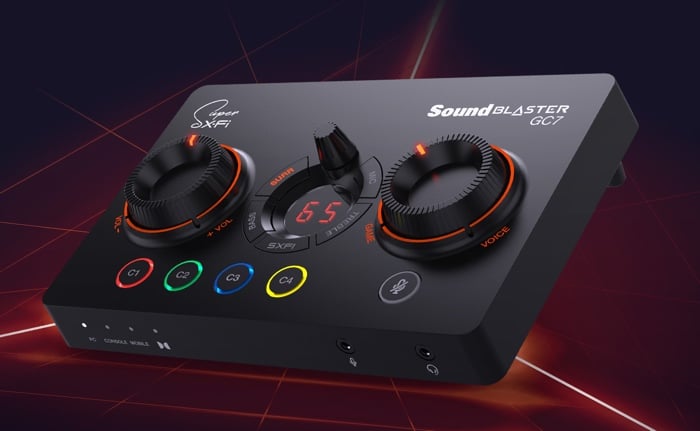 Creative has announced the launch of its new gaming USB DAC and Amp, the Creative Sound Blaster GC7 and it will retail for $149,99 in the US.

The new GC7 comes with creative’s Sound Blaster technology and it can be used with speakers and headphones.

The Sound Blaster GC7 is ergonomically designed for ease of use – with intuitive one-handed controls, gamers can make seamless adjustments on the fly easily, and focus on making all the right moves to clinch the crucial win. It also comes with four fully programmable buttons, allowing users to program shortcuts to their liking – for example, launching swift maneuvers during a live stream will be a breeze without having to fuss over the specific controls. This serves as a handy feature for both streamers and content creators, so that they can conveniently execute in-game controls without interrupting their gameplay.

You can find out more details about the new Creative Sound Blaster GC7 over at Creative at the link below.