We have featured quite a few different remote control toys here at Geeky Gadgets, and have seen quite a bit of the Parrot AR Drone quadrocopter, and now one company has come up with a new quadrocopter, the CrazyFlie.

The CrazyFlie is a barebones quadrocopter, which is currently in the prototype stage, and the guys behind it over at Daedalus Projects wanted to make a micro quadrocopter with simple mechanics, so it consists of a PCB and four motors, have a look at the video of it in action below. 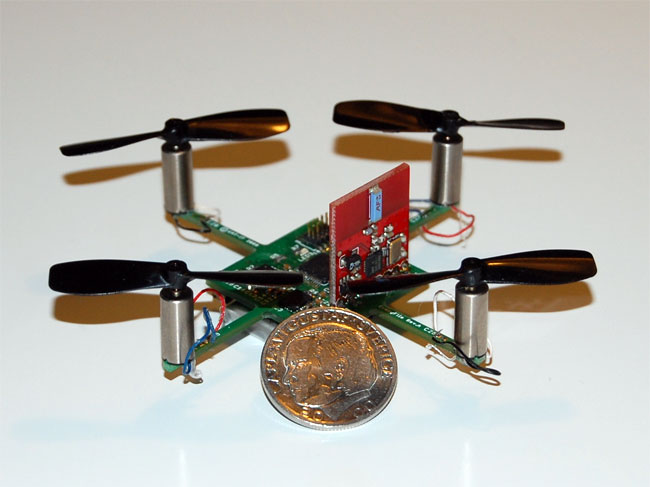 It certainly looks like a lot of fun, lets hope they put this fun barebones quadrocopter into production, you can check out more videos and find out some more details over at Daedalus Projects.