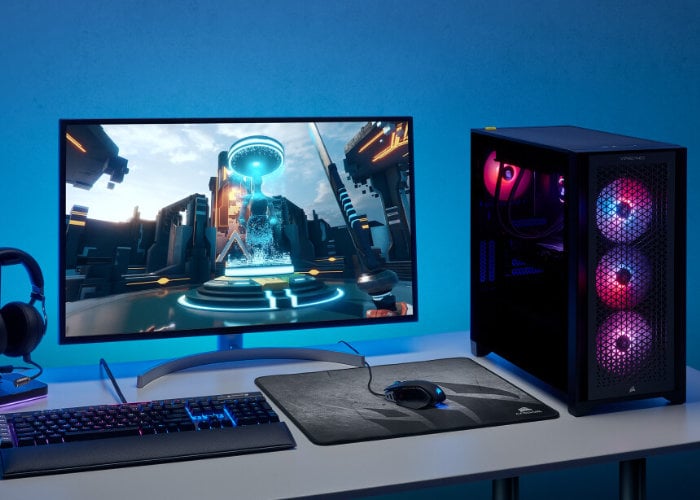 “The new NVIDIA GeForce RTX 30 Series GPUs, the 2nd generation of RTX, feature new RT Cores, Tensor Cores, and streaming multiprocessors, bringing stunning visuals, amazingly fast frame rates, and AI acceleration to games and creative applications. Per NVIDIA – powered by the NVIDIA Ampere architecture, which delivers increases of up to 1.9X performance-per-watt over the previous generation, the RTX 30 Series effortlessly powers graphics experiences at all resolutions, even up to 8K at the top end. The GeForce RTX 3090, 3080, and 3070 represent the greatest GPU generational leap in the history of NVIDIA.”

“Every VENGEANCE PC is built with carefully selected hardware by the PC experts at CORSAIR, so that every component works together flawlessly. With a host of high-performance components and your choice of either a new NVIDIA GeForce RTX 3090 or 3080 GPU, the VENGEANCE i7200 Series is able to crush even today’s most demanding games at max settings at 4K, stream at 1080p and 60 FPS, or both at the same time, right out of the box. VENGEANCE i7200 Series PCs also look fantastic both on-camera and off thanks to 104 total individually addressable RGB LEDs delivering amazing lighting effects, fully customizable and synchronized system-wide, through CORSAIR iCUE software.”