Today Corsair has unveiled a trio of new high performance solid state drives (SSD) which it has added to its range. The three new drives are all equipped with SandForce SF-2280 SSD Processors and support for SATA 6Gbps and are backward compatibility with SATA II. 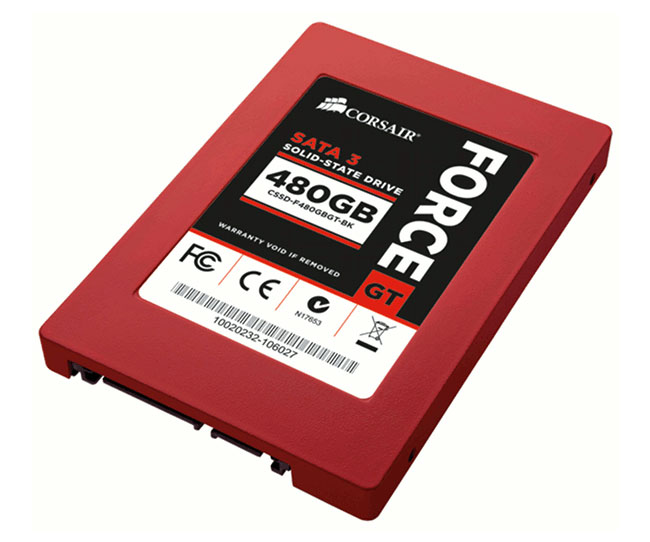 The new Corsair Force Series GT model (also 480GB) has ONFI synchronous flash memory with read/write speeds of 555Mbps and 525Mbps with 85K Random Write IOPS. Its been especially designed with high-performance applications in mind and suited to video editing and gaming applications.