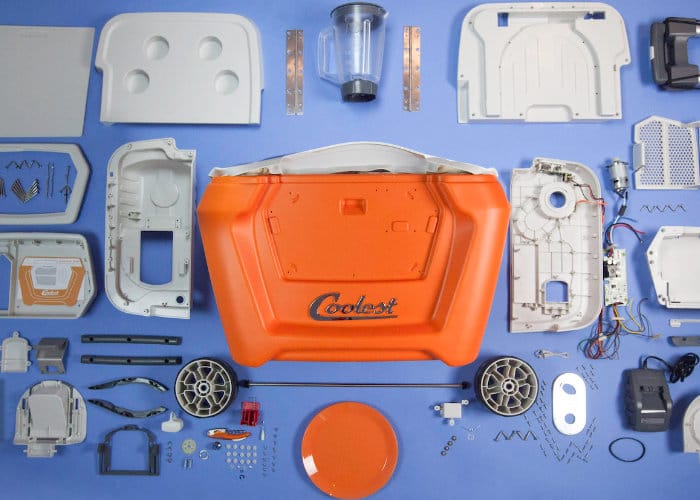 Ever wondered what went into making the Coolest Cooler launched via Kickstarter back in 2014 and raising over $13 million from over 62,000 backers? Priced at $400 each the Kickstarter campaign unfortunately didn’t run smoothly as designer Ryan Grepper and backers would have hoped and suffered from production and quality control issues as well as delays in shipping which infuriated backers of the project. 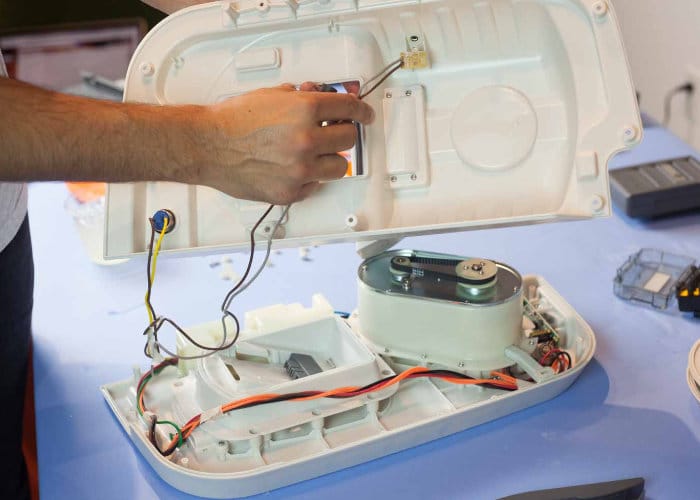 The once unique cooler includes a blender, a Bluetooth speaker, a USB charger, a knife, a bottle opener, a corkscrew, a center divider that can be used as a cutting board.

“The number of specialty injection molded parts must have made up-front tooling costs extremely expensive and must also have increased lead time as the tools were cut. And the number of individual features and sub-assemblies needed to add in the things that made the cooler “cool” increased the assembly needed to create the final product. 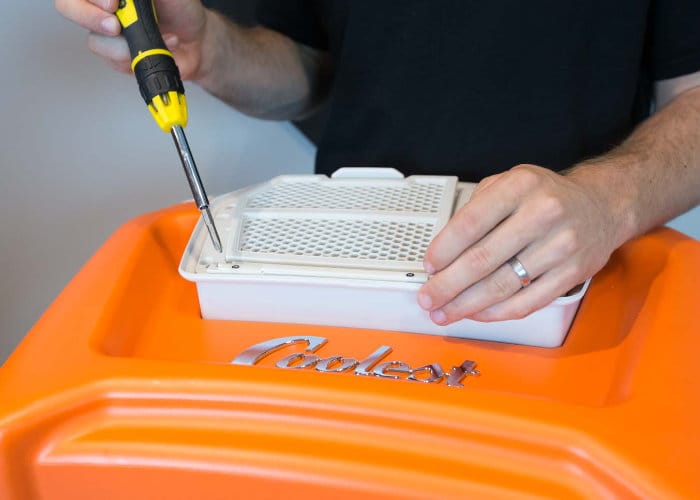 Overall, the main driver for lead time and price would be those small features that really set the cooler apart from its competitors. The blender, for example, added a complex electronics component that required a specialty housing to ensure the pcb wouldn’t get wet. The main body was made using the same process numerous other coolers use and didn’t redefine what it means to be a cooler—the accessories that came with the Coolest Cooler took care of that.”

Jump over to the Fictiv.com website by following the link below for full details on the complete teardown and their thoughts on the construction.