If you own a Wii and miss your NES light gun, then this mod might be for you. 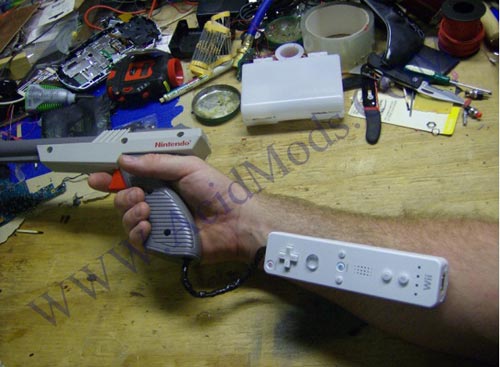 The guys over at AcidMods have hacked together a Wiimote and an NES Light gun to make this cool controller for your Wii. 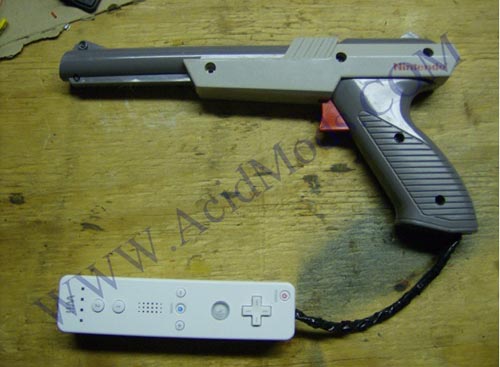 The Nintendo Gun provided a better point and shoot mechanism than the add on modules that are available for the Wiimote. This hack allows you to adapt one of the original Nintendo Guns to work with the Wiimote. Since the Wiimote uses an IR camera to look at the sensor bar that sensor needs to be removed and installed in the tip of the gun.