Check out this amazing mod, the Multari, a handheld Atari 2600 with 32 games built in. 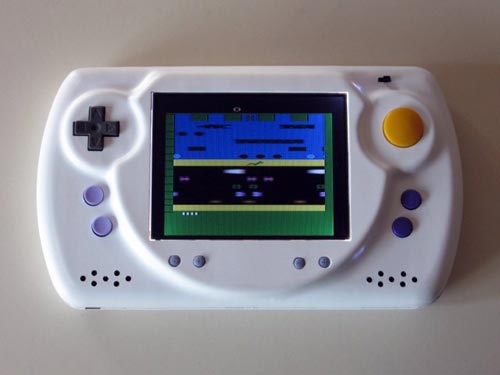 Since it’s really easy to get the game ROMs to boot straight off an EEPROM, I decided to use one… except I didn’t have any usable EEPROMs, or even a suitable programmer! Instead, I grabbed a 128kB FlashROM from an old motherboard where it was the BIOS chip.
The board you see in the picture above is a general-purpose prototyping board I made last year, and the first one I had fabricated professionally. I wired the ROM socket to the I/O of a Cypress FX2, which is essentially a 8051 microprocessor with built-in capability.

The case is built from vacuum formed styrene plastic, there is also a 5 inch display and built in speakers.

Check out the video of the amazing mod in action.