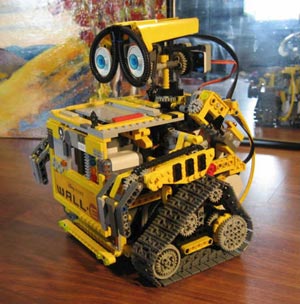 If you enjoyed the Wall-E Disney movie that was launched back in 2008 and directed by Andrew Stanton about a small robot called Wall-E or Waste Allocation Load Lifter Earth-class that was left on earth to tidy up a mess left by its human inhabitants.

You might be interested in this cute Lego and XT autonomous Wall-E robot that has been created and is capable of moving around thanks to its Mindstorms NXT with rechargeable pack.