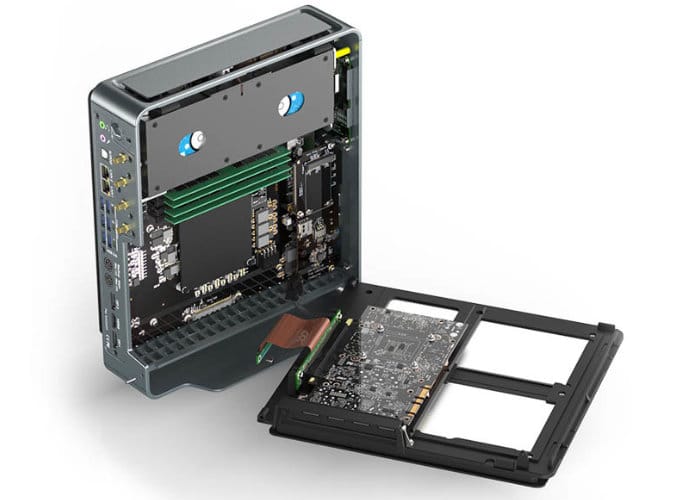 Following on from the unveiling of the new Compulab Airtop 2 Inferno mini PC last week, Compulab has also unveiled more details of its new Airtop 2 fanless mini PC, equipped with a Xeon CPU and Quadro graphics card, that can be supported by a massive 64 GB DDR4, together with a high-performance storage sub-system with 2x NVMe + 4x 2.5″ SATA SSDs and HDDs.

Due to the included passive cooling technology the Airtop2 mini PC is silent and requires no maintenance thanks to the Compulab’s Natural Airflow cooling system. Which uses a heat-exchange system that stimulates airflow without moving parts and is capable of cooling all three major heat sources CPU, GPU and storage. Using a dedicated thermal zone independent, consisting of a mirror-polished copper-plate attached to the hot spot combined with flat heat-pipes arranged in a crisscross array that spread the heat evenly onto the surface of the air-tubes panel. 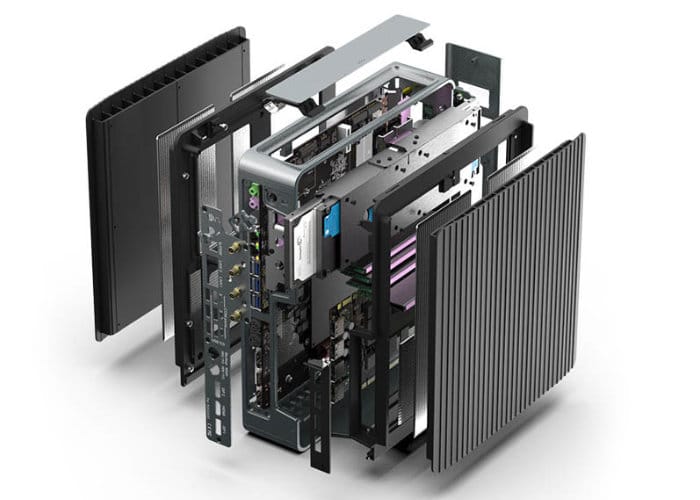 Yuval Sela, Airtop hardware architect explains more about the inspiration, design and construction of the fanless mini PC. “A design goal of Airtop2 is to be able to operate unattended indefinitely. For that we completely redesigned one of the most sensitive circuits on a motherboard- power sequencing. Instead of an analog power-sequencing circuit Airtop2 has a dedicated programmable logic device that monitors power control signals. It allows an always-accurate response to changes in power-states and fluctuations in external power. This brings a new level of reliability and stability to Airtop2.”

For more information, full specifications jump over to the official Compiled website or the press release by following the link below.