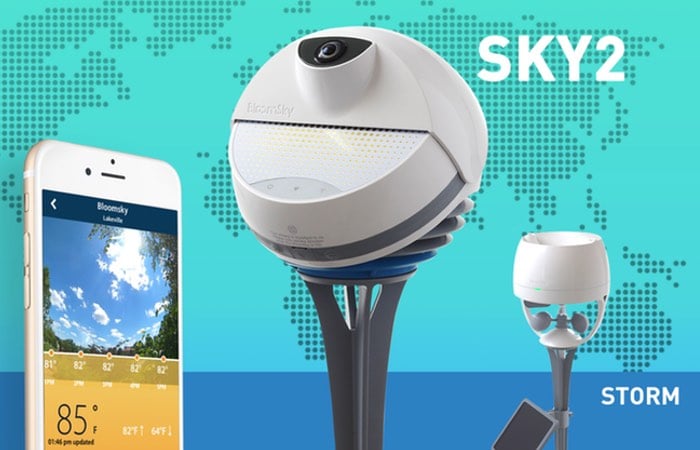 BloomSky has created a complete weather camera system, which they say is the world’s very first and offers a community-based smart weather camera station that is capable of providing real-time images, time-lapse and precise weather data.

The second generation SKY2 and the all new STORM whether camera stations have now launched via Kickstarter and thanks to nearly 600 backers have already raised over $100,000 with still 40 days remaining on the campaign. Blasting past the required $80,000 pledge go just the first days after launching a campaign.

Check out the promotional video below to learn more about the weather camera systems and the features which include :

SKY2 is our second generation weather camera station measuring;
– Temperature
– Humidity
– Barometric pressure
– Precipitation
At the heart of it, SKY2 features an HD camera capturing real-time images every 5 minutes. At the end of the day, you’ll have a time-lapse, telling a clear story of your sky.

STORM is an all new accessory device measuring;
– Rainfall total
– Wind speed
– Wind direction
– UV
It is a wireless add-on device paired with your SKY1 or SKY2 only, providing you with more data that matters.

For more information on the new weather camera stations jump over to the Kickstarter website for details by following the link below.