Renegade-X: Back Dawn is a free First Person Shooter (FPS), being developed by Totem Arts; a group of volunteers committed to bringing the Command and Conquer FPS experience to the current iteration of the Unreal Engine. Black Dawn is a short singleplayer campaign, that was released on January 28th 2012, ahead of the upcoming multiplayer release.

Reneagde X is an updated versions go the game original multiplayer experience which was created in Unreal Tournament 3, and has been available for sometime. The development of Black Dawn has given Totem Arts the opportunity to update much of the outdated game code used in the Unreal Tournament version of the game. 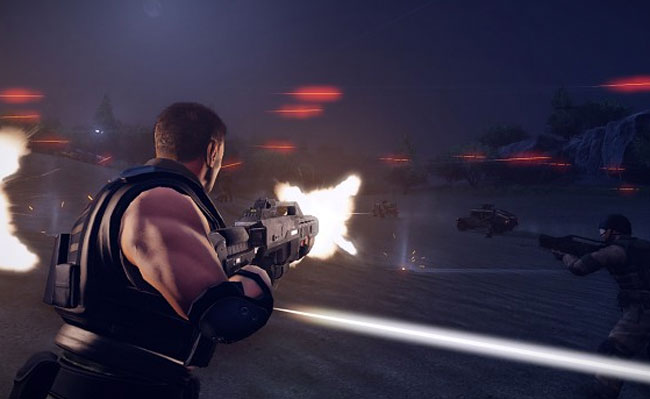 As well as providing loyal fans something to keep them busy until the multiplayer portion of the game is ready for release. If you would like to give the game a go, you’ll need to own a copy of Unreal Tournament 3 together with all the latest updates. Totem Arts explains:

“The aim of the project is to recreate and modernize Westwood Studios’ “Command and Conquer: Renegade’s” unmatched multiplayer experience. Originally set to be current generation remake, Renegade-X has evolved into more of a spiritual successor. Featuring updated gameplay, enhanced graphics, and a new approach to map design, Renegade-X will be the game Renegade should have been.”

For more information jump over to the Renegade X website.