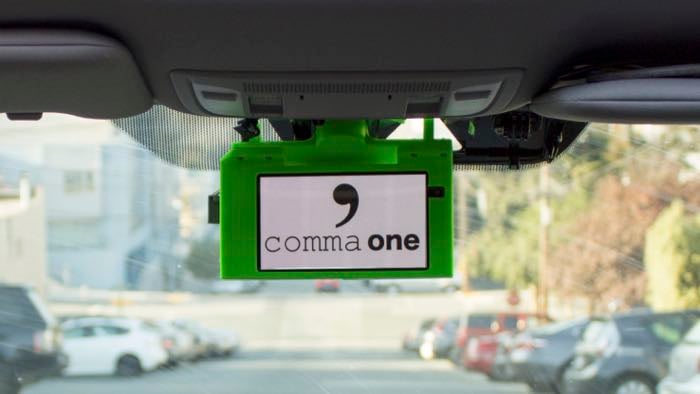 George Hotz is well known for hacking the PlayStation and jailbreaking the iPhone and he is about to launch his first product from his autonomous driving company Comma.ai.

Comma One is a new add on for existing cars that will give your car some self driving features and it will launch before the end of the year for $999.

The Comma One will give your car similar autonomous driving features to Tesla’s Auto Pilot and it will be available for a small range of cars at launch. George Hotz is hoping to expand the compatibility to more vehicles as time goes on.

“It is fully functional. It’s about on par with Tesla Autopilot,” Hotz said. It doesn’t have a lot of sensors as the Comma One relies on built-in car front radars and comes with a camera. “The key sensors that we’re getting back is the cam. We’re actually getting back the video, even Tesla isn’t doing that.” Hotz said. “We have all the video data.

If the Comma One system works well then this could end up being a very popular device and auto makers may also be interested in the technology.