Identify your present location. Then, as if your eye view were a satellite’s, imagine your present location as seen from outer space. Pan far, far, away from the Earth until you reach the edge of the solar system. Focus on Pluto. Then zoom out a little and note the Kuiper Belt where floats a startling comet called Hartley 2. Say hello to Hartley 2. 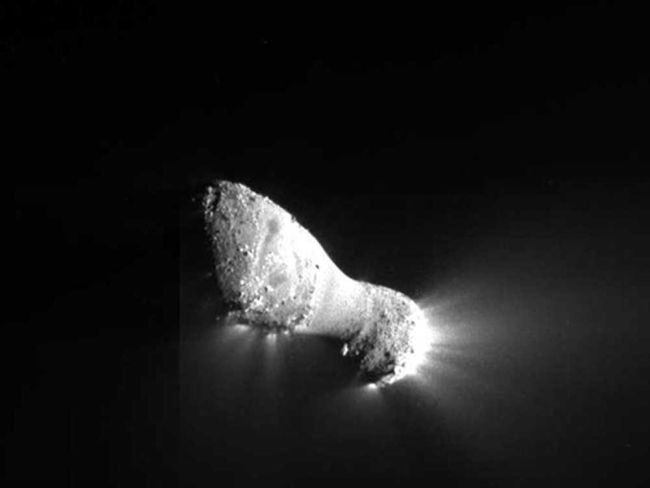 What’s seen upstairs isn’t a glowing sundae cone hurtling through the air.  That’s Hartley 2 and an orbital space telescope just confirmed that it contains the exact same kind of water as found in our oceans. It’s gotten a closely knit astronomic community’s attention, that’s for sure. See, the Hartley 2’s incredible content might provide a clue as to our planet’s origin.

Did our water really come from some place else? And if it did, then it’s alien life that might have seeded our world. Fascinating stuff!

The Hartley 2 discovery happened thanks to the Herschel Space Observatory’s infrared wavelength telescope. So far, the Hartley 2 surprise is a small clue as to what other revelations are wandering the depths of space. We should look harder.