An industrious team of volunteers from Teesdale Conservation in Durham, UK have transformed a V6 car to run on just coffee grinds. Which has now just broken the existing Guinness World Record “for vehicles run on gas from organic waste” setting a new speed record.

The car has been equipped with a gasifier which burns organic material at high temperatures around 1292 F, creating combustible gases which, after being cleaning and cooled, are then used as fuel to power the adapted combustion engine within the modified Rover SD1. Watch the video after the jump to see it in action and the technology used in its construction. 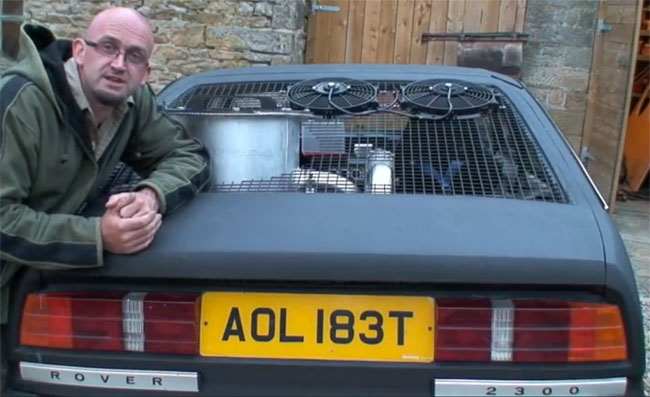 The coffee powered car managed to achieve an impressive 77.5 miles per hour smashing the previous speed record of 47.7 mph, set by the wood-burning Beaver XR7 in 2010. The coffee car creators explain on their website that:

“Some of the clean gas is also being compressed to 150 PSI and injected directly into the manifold to achieve top speed,” – “The cooling system is configured using an intercooler with two 12-volt fans attached.”