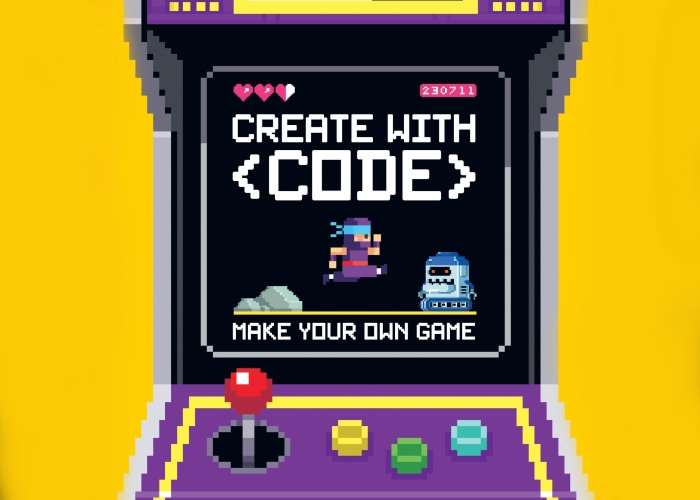 Following on from the success of the first CoderDojo book, CoderDojo Nano: Build Your Own Website, the company has now released their second book in the Create with Code trilogy, titled CoderDojo Nano: Make Your Own Game.

Providing an easy to understand manual to build your very own computer game. The paperback book will be available in English from today September 7th 2017 (with English flexibound and Dutch versions scheduled to follow in the coming months).

The new book explains the fundamentals of the JavaScript language in a clear, logical way while supporting you to create your very own computer game.

The CoderDojo movement believes that an understanding of programming languages is increasingly important in the modern world, that it’s both better and easier to learn these skills early, and that nobody should be denied the opportunity to do so.

To that end, we’ve built a global network of free, volunteer-led, community-based programming clubs for young people. Anyone aged seven to seventeen can visit a Dojo where they can learn to code, build a website, create an app or a game, and explore technology in an informal, creative, and social environment.

For more information on all the books in the range jump over to the official CoderDojo website by following the link below.