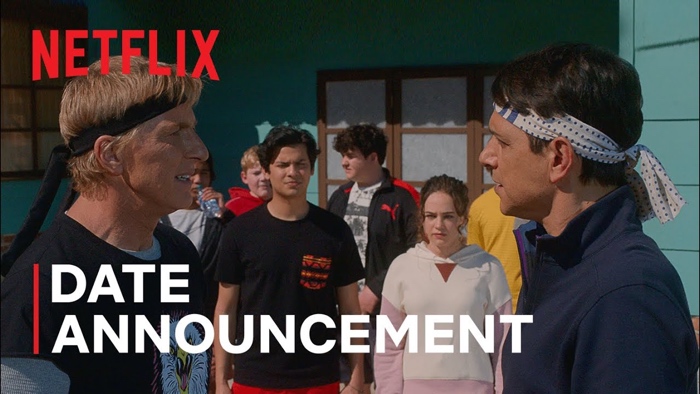 Netflix has announced that Cobra Kai season 4 will be available to stream on Netflix from the 31st of December 2021.

Along with the announcement comes a new trails for Season 4 of the hits TV show, this time Ralph Macchio (Daniel Larusso) and William Zabka (Jonny Lawrence) team up to take on Martin Kove (John Kreese), check out the trailer below.

On December 31, the battle for the soul of the Valley reawakens. New alliances. Higher than ever stakes. Who will take it all at the All Valley Tournament?

As well as the above cast, Thomas Ian Griffith will return as Terry Silver, it certainly looks like this is going to be an interesting season.

The last three seasons have been popular, the show was originally started by YouTube and then taken over by Netflix.

The show first launched back in 2018 and it is set thirty years after the original Karat Kids movies that were a massive hit. We are looking forward to finding out what happens in the fourth season of this popular show.

We suspect that this could be one of the popular shows on Netflix this holiday season, it will land on Netflix on New Years Eve 2021.