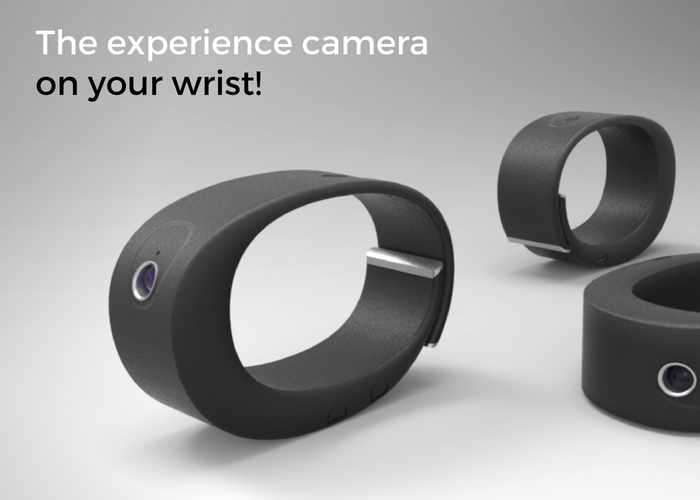 After missing its original campaign pledge goal Cleep the wrist worn wearable camera which allows you to capture photographs and video directly from your wrist has once again taken to Kickstarter and is closing in on its campaign pledge. The Cleep camera bracelet is now available to back via Kickstarter with earlybird pledges starting from €129. To remind yourself of the features and functionality of the Bluetooth connected camera watch the demonstration video below to learn more about its inspiration, functions and design.

The designer of Cleep explains more about the wrist worn wearable camera.

Cleep is the smart bracelet that enables you to take photo and video from your wrist with an integrated Full-HD camera. It borns to satisfy the need of capture your remarkable moments without taking off your smartphone and hands free. Each of us really like to capture our best moments when we are in a new place. With Cleep, you can keep your smartphone in your pocket and simply raise your wrist and tap the button to capture a new photo or video.

For more informationAnd a full list of all available pledges jump over to the official Kickstarter campaign page by following the link below.