If your a fan of SimCity but feel its just not life like enough, IBM has just lauched its CityOne software at the IMPACT 2010 conference in Las Vegas today.

CityOne is targetted at Urban Planners and Students rather than causal gamers, the IBM City One software aims to help city planners improve the managment of urban environments with real-time water management, microlending, and smartgrids. Check out the video after the jump. 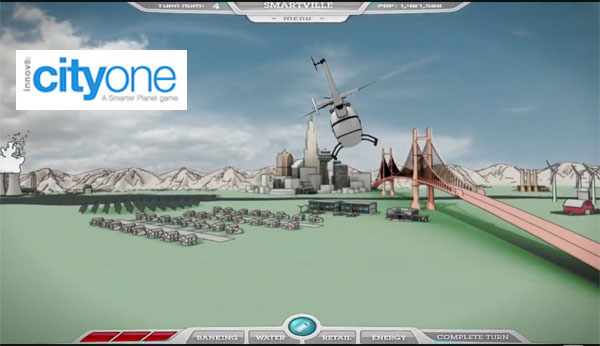 IBM has called its CityOne simulation a “serious game” that can help users “discover how to make their cities and their industries smarter by solving real-world business, environmental, and logistical problems.”

Cities already consume 75% of the world’s energy and cause 80% of its carbon emissions. And they’re growing at a blistering pace: and the world’s urban population is expected to double by 2050.