Some of our reader will remember the Cisco Cius Android tablet that was announced back in June, the guys over at Crunch Gear have obtained some pricing information and it looks like it will retail for under $1,000, so we guess that will be $999 then.

The Cisco Cius is aimed is designed for business users, which probably explains the high price tag, and it isn’t designed to compete with tablets like the Apple iPad and Samsung Galaxy Tab. 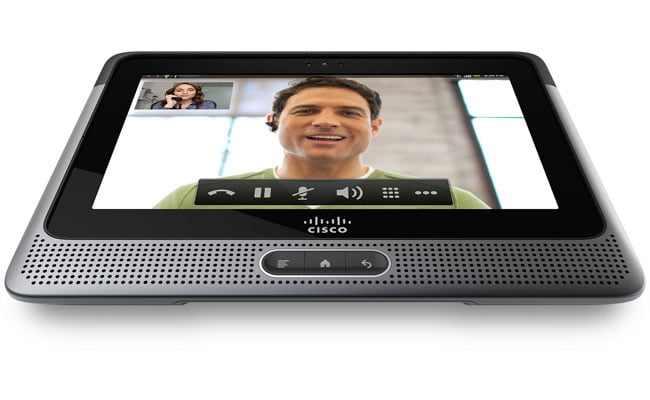 The Cisco Cius will feature a front facing HD video camera which is capable of HD video in 720p at a frame rate of 30 frames per second. There is also a 7 inch high resolution super VGA touchscreen display.

The Cisco Cius also features a five megapixel rear camera that can capture still images and VGA video, there are also dual noise canceling microphones, plus a built in accelerometer and integrated 802.11 a/b/b/g/n WiFi and there will also be the option to add in 4G connectivity at a later date.

Other features include a detachable battery which is reported to give you up to 8 hours of usage, Bluetooth and a microUSB port.
The Cisco Cius is expected to go on sale in 2011.