One of the major drawbacks of the iPad is that you can only play videos that are encoded in the iTunes format, this can be annoying if you have a large collection of AVI files as you will have to convert them if you want to play them natively on your iPad.

Now there is a new free application available for iTunes that will let you play your AVi files natively on the iPad, called CineXplayer. 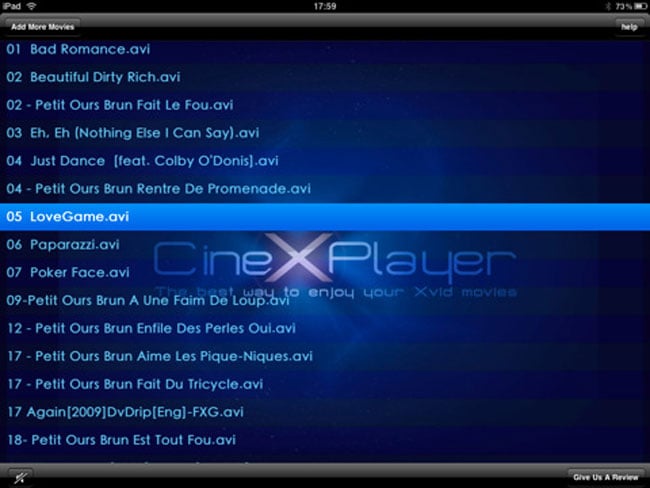 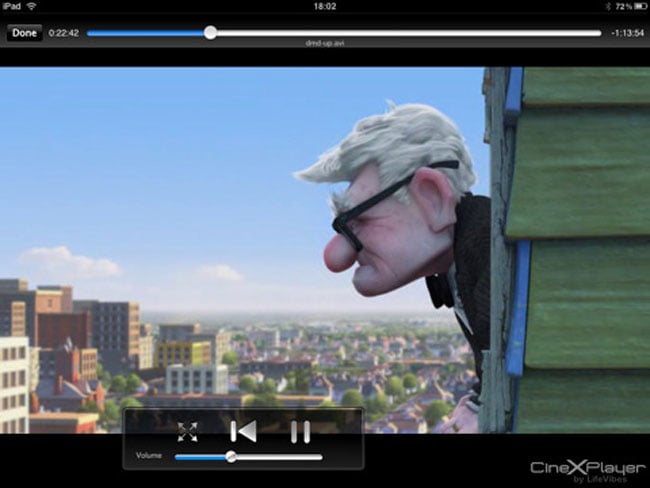 CineXPlayer will play the majority of XViD AVi files on your iPad, it does this by using iTunes File Sharing, the videos can be dropped directly onto your iPad and then played back instantly without the need for conversion.

We are quite surprised that Apple has let this application into the app store, as they want videos to be played and stored using iTunes formats, so they can sell more movies from iTunes.

We suspect that this application may get pulled from the App store in the not to distant future, if you want it you can download it for free from iTunes.