The popular CineXPLayer which is one of the better movie player applications available for Apple’s iPad. Has this week received a large update which makes the movie player even greater.

The new update which has rolled out brings with it support for Dropbox, that now allows you to connect and import files from within your Dropbox account, if you have one already setup on your iPad. You can also use the new import features to send files to your Dropbox account, or share files with iTunes. 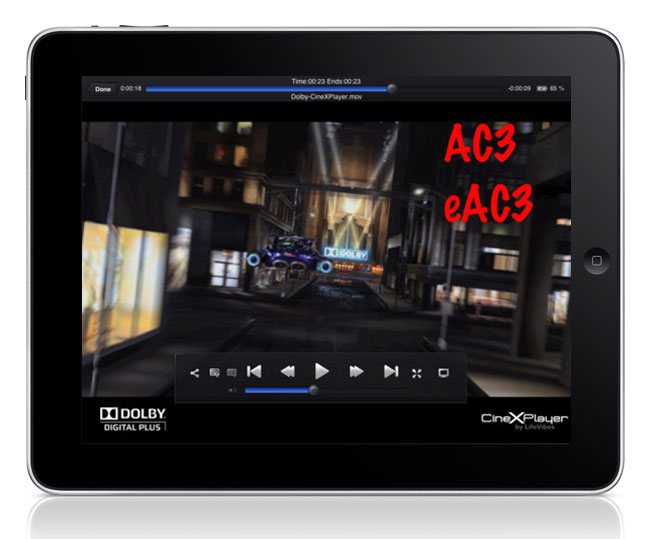 Other great new features include AC3 Dolby Digital support, that now enables you to play movies with AC3 audio, including Dolby Digital Plus 5.1 and 7.1. The newly added support is Dolby’s first to be added to any application in the iOS App Store. Together with a newly designed interface and integration with Facebook And Twitter.

CineXPlayer is now available to download from the iTunes App Stores for $2.99.