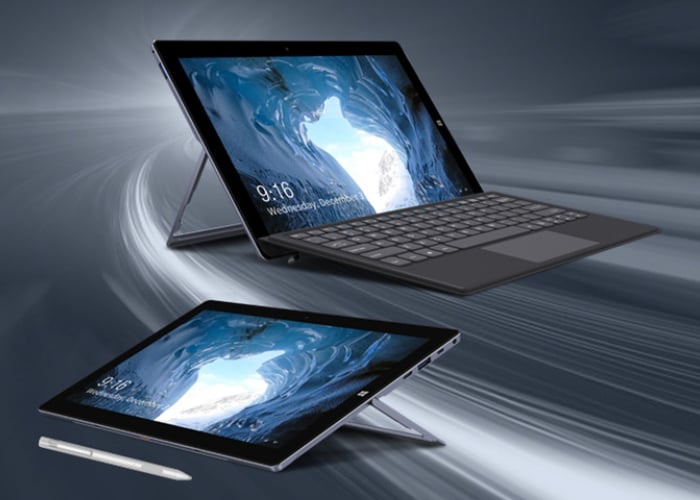 After previously unveiling their new Chuwi UBook Windows tablet, Chuwi have now launched their crowdfunding campaign via Kickstarter. Enabling those interested in a Windows tablet equipped with a 11.6 inch, 1920 x 1080 pixel touchscreen display and powered by a Intel Core m3-6Y30 processor supported by 8GB of RAM and supplied with a detachable keyboard, and a pressure-sensitive pen from $349.

The initial $349 price is limited to early bird backers after which the price will rise to $379 and again to $398 after another 400 orders. Watch the demonstration video below to learn more about the Chuwi UBook Windows tablet which is already raised over $140,000 thanks to 388 backers with still 29 days remaining on its campaign. 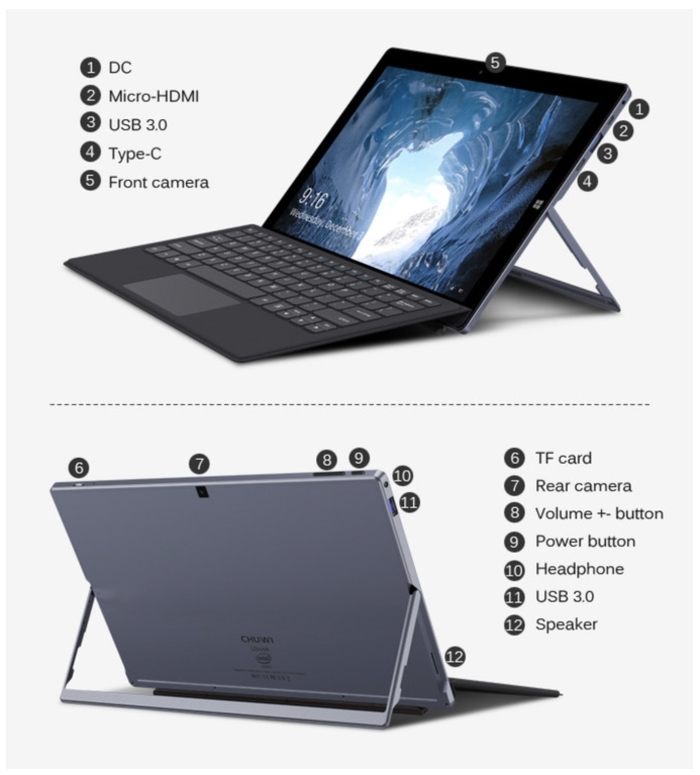 Measuring just 9 mm in thickness and weighing just 760 g the Windows tablet is capable of providing up to 9.5 hours of use on a single charge off its 30.4Wh battery and is fitted with Intel HD graphics 515 and offers up to 1 TB of SSD storage.

“With up to 1TB storage capacity, UBook is one of the largest capacity two-in-one Windows tablets on the market with over eight times that of Surface Go’s largest storage version. At the same time, we’ve moved from eMMC storage to an M.2 SSD, blazing more than five times on reading and writing speeds. What’s more, there’s an additional microSD card slot designed to expand more storage space. “ 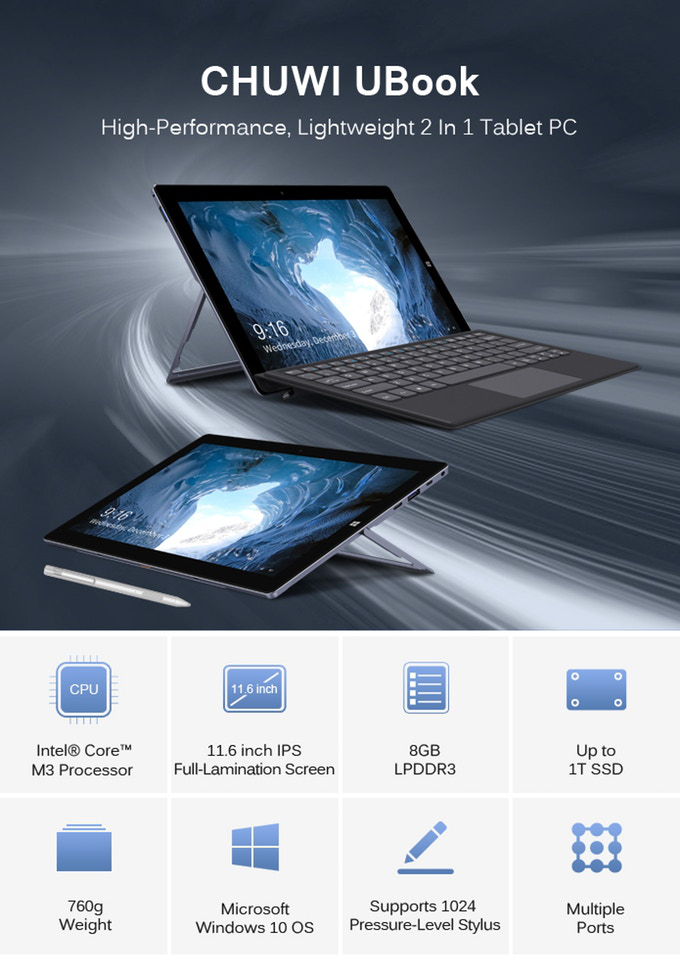 For full specifications and a complete list of all available pledge options for the new Windows tablet which comes supplied running Microsoft’s latest Windows 10 Home operating system, jump over to the official Kickstarter crowdfunding campaign page by following the link below.