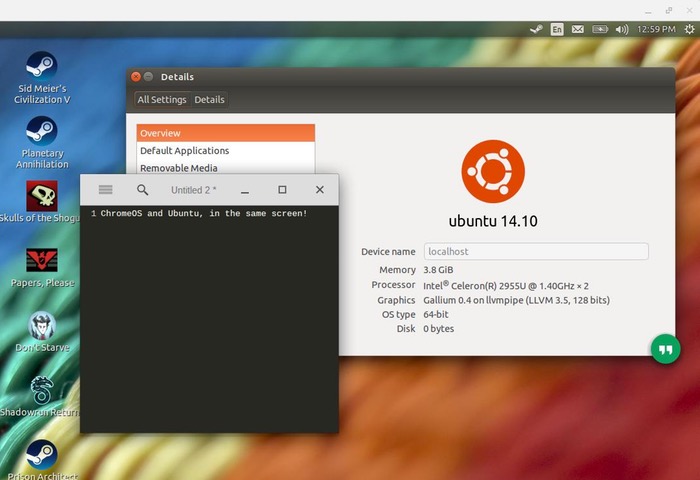 The Crouton script developed by David Schneider has been available to use for some time and has been designed to offer users a simple way to run native desktop Linux applications on Chrome OS hardware.

Once installed the Crouton script can be used to easily run applications such as GIMP, LibreOffice and Firefox to name a few, and has this week been updated with a new option to run the Linux Ubuntu operating system contained within a browser tab.

It is also possible to resize the browser window allowing users to run their Ubuntu applications within one browser tab while using another for a different application or to surf the Internet.

To be able to run the latest Crouton script you will require hardware running the Chrome OS, that has been set to developer mode. Full instructions on installing and using the Ubuntu operating system with the newly updated Crouton script are available. Brad Linder over on the Liliputing website also explains a little more about it set up via the link below.