A new Chrome extension created by Conceptboard has been developed using the recently released Google+ Beta Hangout API, to allow you to add whiteboard functionality within Google+

The new extension enables you to use the unique web app of Conceptboard within your Google+ Hangouts enabling you to open a witheboard-like space on the hangout window where you can scribble freely, import files (images, PDF, Microsoft Office) or screenshots and write notes. All in realtime and alongside your Google+ Hangout video chat, watch the video after the jump to see it in action. 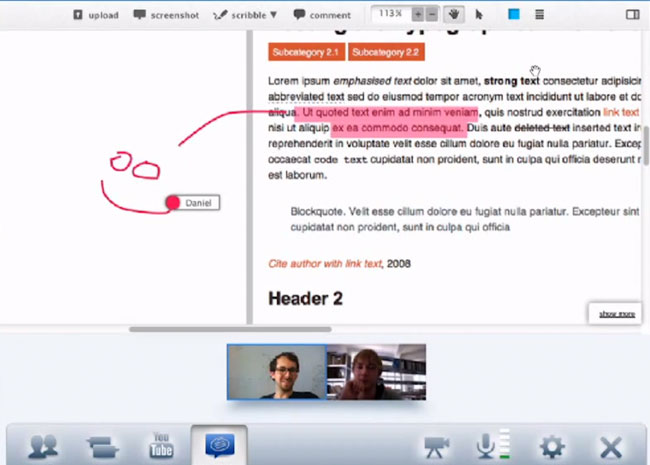 There is also a presentation mode to show other participants the user’s screen area and mouse cursor. Conceptboard their idea behind developing the new Google+ Chrome extension:

“Conceptboard brings this to the next level by implementing its whiteboard-like application into Hangouts, which means you are able to import external content and collaborate with people outside the Google universe.”