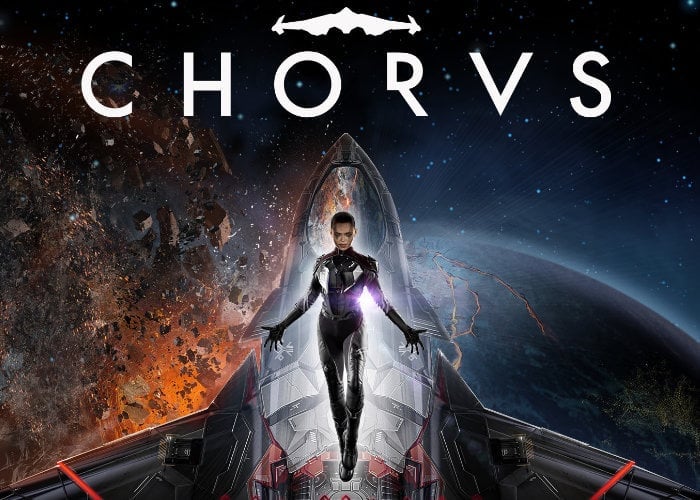 In Chorus, players take control of dual protagonists: ex-cultist Nara, an ace pilot with a haunted past, and Forsaken, a sentient AI starfighter and her closest ally, with a mysterious backstory of his own to unravel. This story-driven single-player experience invites gamers to unlock devastating weapons and mind-bending abilities as they fight to free the galaxy from the Circle: an oppressive cult that will stop at nothing to ensure complete subjugation.

“Discover Chorus, an immersive single-player experience that tells a mature and dark tale of redemption. Take control of Nara, an ace pilot with a haunted past and Forsaken, her sentient starfighter, as they embark on a personal, redemptive journey to challenge a relentless foe and take down the dark cult that made her. This is a true evolution of the space combat shooter.”

Learn more about the game in an interview with developers FishLabs over on the Eurogamer website.

“It’s a multi-platform title. So it’s not exclusive to Xbox Series X, but it’s definitely one of the platforms we are now focusing on. And of course, with being next generation, there’s lots of stuff to take advantage of. One example is, of course, that we have way more power available now. Looking at the CPU side of things, we are looking into having the world more alive, simulating more physics, having everything a bit more dynamic.

So just one example, in previous games, we had debris fields that felt kind of static, because these pieces of debris, you might maybe run into them and bump off of them, or maybe they wouldn’t have any collision at all. But what we are doing now is when you run into something, it actually starts moving and kind of floating away, which is I suppose what you would expect in space. So it feels like you’re actually affecting the environment. And it feels a lot more dynamic that way.

And another example is with all this fighting going on, there’s also lots of destruction and explosions. And we are going to be able to ramp up effects on that. We do have large ships you can destroy already that fall apart. And of course, the smaller ships you fight against also can be destroyed. And one thing we are now working on with the help of Xbox Series X is procedural destruction, so actual objects are broken apart at runtime, exactly where you shoot them. And of course, that feels like you’re actually having an impact on the environment. And I feel that is super awesome, if the stuff actually breaks were I shot at it.”