Some of our readers will remember the new supercomputer from China which we reported on a while back, it has now officially become the worlds most powerful and fastest supercomputer.

The Tianhe-1A is now ranked as number 1 by the Top500‘s list, and it takes the top spot the the IS Cray XT5 Jaguar system at the US department of Energy in Oak Ridge. 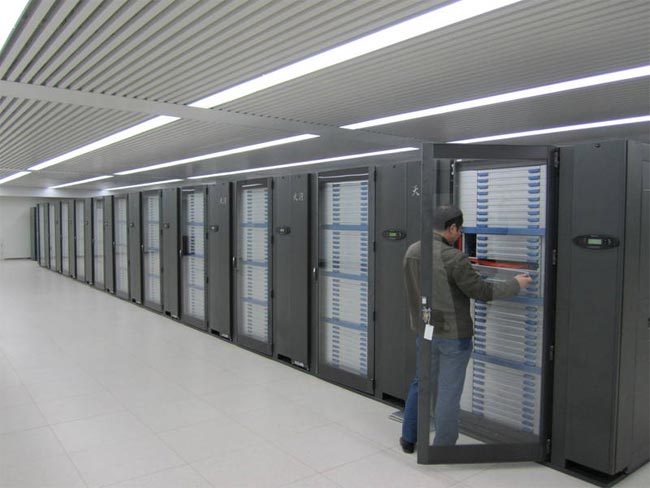 The Tianhe-1A is located in the National Supercomputing Center in Tianjin, it consists of 7,168 Nvidia Tesla M2050 graphics processing units (GPUs) and also has a massive 14,336 six core Intel Xeon processors.

The Tianhe-1A was built by China’s National University of Defense and Technology, and is now possibly the worlds fastest supercomputer. It features a sustained performance of 2.5 petaflops, but also features a theoretical performance of 4.669 petalfops when all the GPUs are being used.