MSNBC’s “Are you smarter than a chimp?” featured a segment wherein Ayumu, an 11-year old chimpanzee and another chimp competed against two young adults in a sequence of short-term memory tests. Contrary to what people would expect, the prize goes to the chimps. 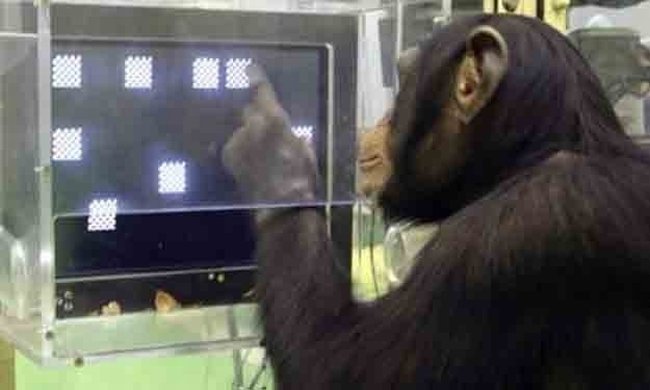 How did it happened? Scientists aren’t sure so they have thought up several theories to help explain the results. One of these theories is that chimps have ‘eidetic imagery’, it means that Ayumu has a photographic memory.

Chimpanzees can recall images, sounds or objects in memory with a more precision and in abundant volume. The second is that the chimps are better in “subitizing”. Subitizing refers to the rapid, accurate and confident judgments of number performed for a small number of items.

Scientists believed that chimpanzees like Ayumu retain memory better than humans. Perhaps, this is because humans have evolved and gained new skills, yet is lacking or even losing skills for visual memorization.

After all, chimpanzees have showcased a lot of valuable skills similar to human beings. But despite these similarities, still, scientists have discovered 40 million differences. Rest assured, chimpanzees may have better skills in memorization, but humans have the upper hand and dominate in self-control capabilities.