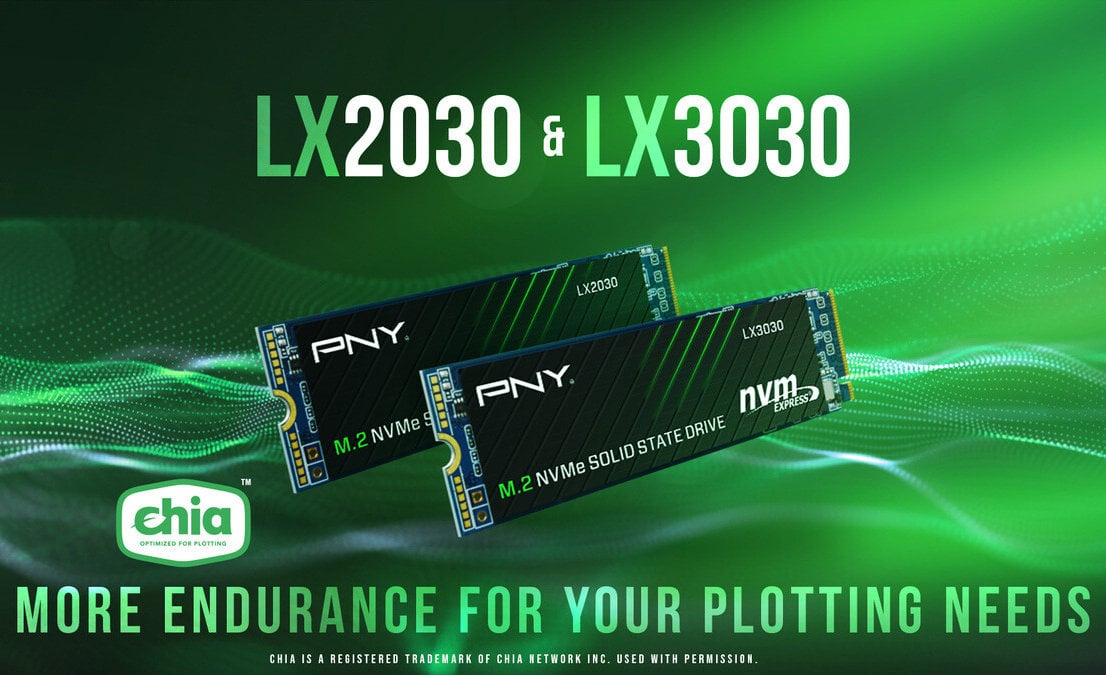 PNY has introduced a new range of M.2 NVMe Gen3 x4 SSDs for Chia plotting and take the form of the PNY LX2030 and LX3030 M.2 NVMe SSDs. For successful Chia coin plotting your hard drive requires an amount of space that is greater than the final output plot file, known as temporary space. The amount of space required changes depending on the k size that you are plotting.

“The PNY family of LX drives take advantage of Lifextension technology to offer a Chia Plotting TBW rating of up to 54,000 in the LX3030 2 TB. To deliver such a high Plotting TBW, the LX series of PNY SSDs utilize an advanced AI Engine, LDPC and Flash I/F to improve NAND endurance, making them the best unit cost for plotting. Without sacrifice, you are able to take full advantage of Lifextension technology and the up to 18X better endurance by adding an LX drive to the system.”

“”I’m very excited that PNY has partnered with Phison to deliver the first SSD for Chia plotting. The LX3030 is tuned for the Chia plotting workload, which requires a high amount of sustained bandwidth. Users can be at ease knowing they won’t wear out the drive easily – the LX3030 1 TB can create 2PB of plots before wearing out. All of this is in an M.2 80 mm form factor for broad compatibility. The entry LX2030 will be great for small form factor systems and 4-6 core desktops and laptops, like the NUC build,” said Jonmichael Hands, VP Storage Business Development at Chia.”