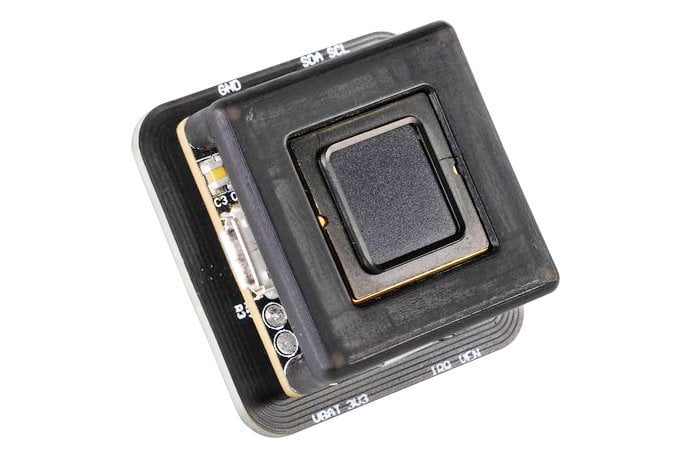 Following on from its unveiling earlier this year the Chhavi open source, wireless ESP32-based fingerprint lock sensor with optional NFC is now available to purchase from the Crowd Supply website from just $49. Providing an easy way to add biometric fingerprint recognition to your projects. Worldwide shipping is available and orders placed will start shipping out during February 2021.

The Chhavi is a touch-capacitive, wireless, NFC-enabled fingerprint sensor with ultra low power and high end security capabilities. The biometric fingerprint recognition system can be powered from either a battery or via USB and is well suited to all kinds of fingerprint sensor applications say its creators. Such as signing in to a desktop computer, unlocking a password manager, implementing door locks and other physical security controls, powering attendance or personnel-management systems, or adding biometric authentication to a DIY hardware project I just a few examples of possible application.

Add fingerprint locks and NFC to your projects

“During our design process, we determined that NFC communication is a powerful feature for many of the same applications that might require a high-quality fingerprint sensor, yet we could not find a major ESP32-powered NFC controller. So we built one into Chhavi as an optional feature. We also added an optional battery to simplify installation and to facilitate mobile deployments. The result is a tiny device with a cutting-edge fingerprint reader, Wi-Fi and Bluetooth capability, and support for NFC and battery power if you need them.”

“Chhavi is a tiny, wireless, touch-capacitive fingerprint lock sensor with high-end security capabilities, support for ultra-low-power operation, and optional NFC connectivity. Its open source firmware is fully compatible with Arduino IDE. Powered by ESP32 and equipped with an FPC BM-Lite fingerprint sensor, by Fingerprints, Chhavi gives you and your projects access to the superior biometric hardware found in many smartphones. Unlike optical fingerprint sensors, which are large and power hungry, this capacitive biometric sensor is tiny, accurate, and power efficient.”

“Despite its tiny, 26 x 26 x 9 mm size, Chhavi is packed full of quality-of-life features as well. It includes a vibration motor, for example, that provides immediate haptic feedback in the event of a successful or unsuccessful fingerprint scan (or that you can re-purpose for other applications as needed). In addition to an MCU reset button, Chhavi also comes with an intuitive on/off switch that allows you to preserve power when it’s running off a battery. (And if you don’t need this feature—if it’s drawing power through USB, for example—you can use that interface as a GPIO instead.)”

For more information on full specifications together with all purchasing options jump over to the official Crowd Supply product page by following the link below.