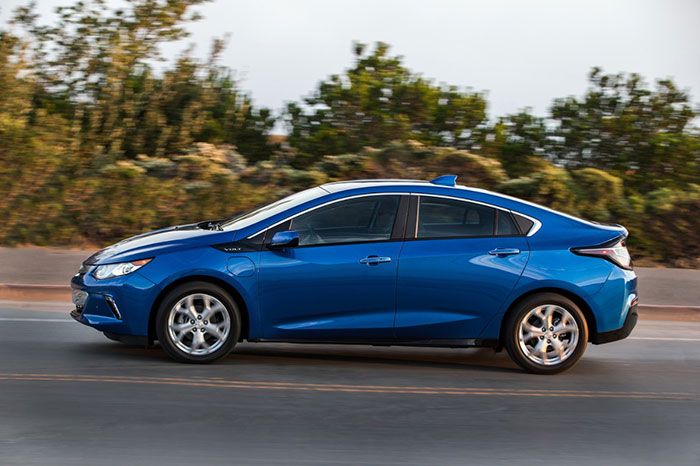 Chevy has reached a major milestone in the life of its Volt plug-in hybrid vehicle with 100,000 units having been sold since the car launched. The Volt is a plug in vehicle with an EPA estimated 53 miles of electric driving range and a total driving range of 420 miles between fill-ups and full recharges. As cool as selling 100,000 Volts is, Chevy is also bragging about the fuel it has saved.

Volt owners have driven about 1.5 billion miles in EV mode. Assuming average car fuel economy of 25.3 mpg, Volt drivers have saved about 58 million gallons of fuel. That is a huge amount of gasoline saved and could fill over 87 competition size swimming pools. The latest generation of the Volt has 42mpg economy and is 220 pounds lighter than the original.

“The Chevrolet Volt delivers not just a fun driving experience behind the wheel, but has become the first vehicle with plug-in electrification technology to truly become mainstream,” said Steve Majoros, director of marketing, Chevrolet Cars and Crossovers. “Not only is the Volt a class-creator, it serves as the foundation of a Chevrolet electric family that will soon add the first long-range, affordable EV available to customers across the U.S., the Chevrolet Bolt EV.”