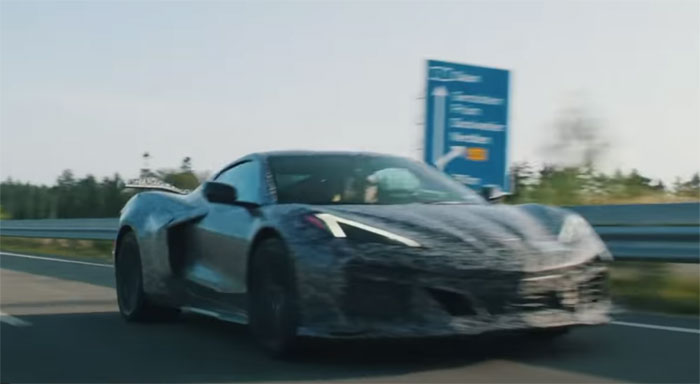 Chevrolet has been teasing Corvette fans with the 2023 Corvette Z06. According to Chevrolet, the official reveal for the car will happen on October 26. The 2023 Z06 is expected to be the most powerful version of the new C8 Corvette that doesn’t use electrification.

As part of the teaser, Chevrolet offered a video that shows the Corvette clad in camouflage flying down the autobahn in Germany. The video also shows footage of the Corvette taking on iconic racetracks, including the Nürburgring and the Circuit de la Sarthe.

Corvette fans are excited about the Z06 for several reasons, one of them being the expected 5.5-liter flat-plane crank V-8 engine. The road car is expected to use the same engine as the C8.R racing car. However, the most exciting part is that the street version of the Z06 will be more powerful than the racing car due to horsepower limits for the series.