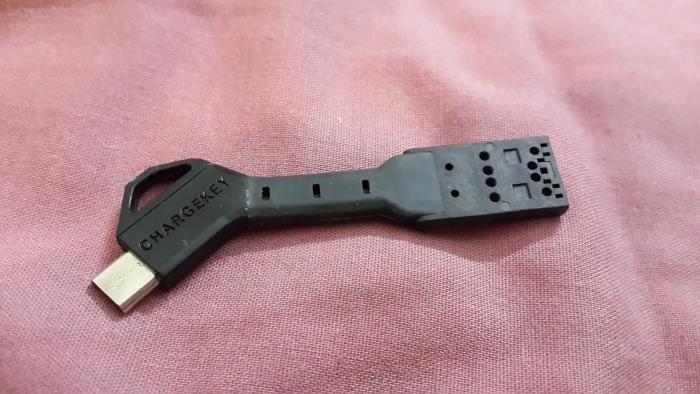 There are times when you need a USB cable to either charge your device or sync it. Consider a situation, you’re travelling and you run out of battery on you smartphone, you have your laptop or the portable charger with you, but no cable — believe it or not, carrying a meter long lightning/microUSB cable is not the easiest thing to do.

ChargeKey is here to solve this problem. It’s a small, key-sized USB cable, which is extremely easy to carry no matter where you go. Just tuck it in your keychain and take it anywhere you want, take it out whenever you need and charge your device — or sync it.

The devices comes with both microUSB and lightning cable options, and costs $29. This is almost the same price as Apple’s original lightning cable, but this one is also certified by Apple, and can be used on any iOS device. We received the microUSB version of the USB cable, and it has come in handy on several times. You can use the microUSB cable on any compatible device, not just the smartphones. It’s rugged too, you can twist it, roll it and can take some beating while its in your pocket.

It’s not just the ChargeKey, we also managed to get our hands on the ChargeCard. That’s a credit card sized USB cable, which you can even carry in your pocket as just another card. This has the same function as well, but provide users with another convenient way to carry a USB cable.

The project started sometime back on Indiegogo, and managed to get attention of people, raising way more than what they were looking for. If you ask me, it’s well worth the money, and should come in handy on many different occasions. Take a look at the source link below for more information.