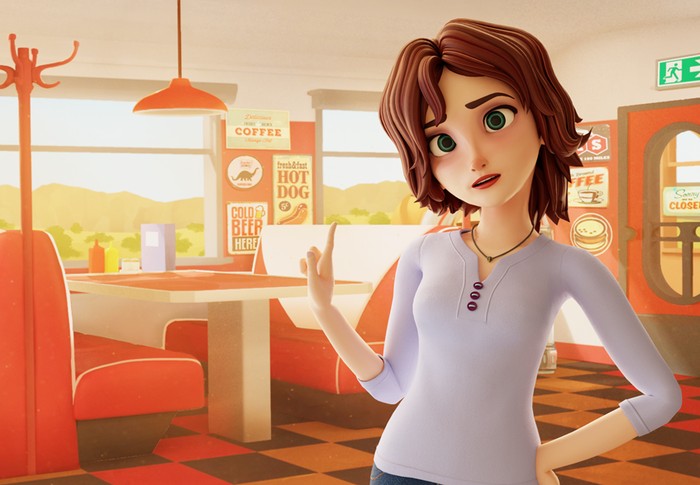 “Digital humans play an important role in the virtual worlds, but the creation of character animations is often accompanied by a significant expertise barrier and price tag. iClone provides an innovative way to personalize animation for different styles of characters with its fast and intuitive animation production system.”

– Human characters, creatures, vehicles, robots, and animated objects that can be directly transferred from iClone to Omniverse to enliven virtual worlds.
– A character animation system consisting of lip sync, facial expression, and body animation tools. In combination with main-stream mocap gear, creators can generate character animations easily in this all-in-one tool.
– A massive library of high-quality character assets, motions, and props to save time when building projects.
– The abiltiy to export the main USD file along with other dependencies, such as a light, material, and motion folders, to maintain the flexibility of file updates. PBR, Digital Human, and SSS shaders sent to Omniverse will map corresponding textures and material attributes accordingly.
– Audio2Face animations that can be imported into iClone, and combined with iClone native lip sync technology and facial expression to present multilanguage, AI-driven character animation.
– The ability for global teams to work simultaneously on the same assets in Omniverse, enabling collaborative iteration in a virtual world.

“The iClone Connector simplifies facial blend shape animation, body animation, props, camera, lights, and scene setup while exporting everything to Omniverse. With iClone 7 and Omniverse, individuals or design teams can create, animate, and deploy digital humans and 3D characters for simulations and visualizations.”

For more details on how you can improve your character animation pipeline jump over to the official NVIDIA website by following the link below to learn more about the iClone Connector and NVIDIA Omniverse.