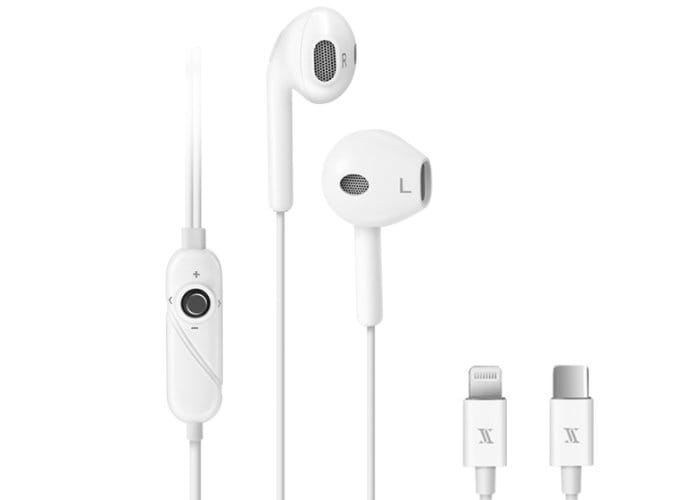 A set of affordable earbuds has launched the week in the form of the Cave GH3 3D which not only offer 3D virtual surround sound but also a USB Type C connection, Apple MFi Lightning connection. Together with zero audio lag and in-line remote control and microphone enabling you to make calls and control your smartphone audio directly from your earbuds.

Watch the demonstration video below to learn more about the Cave GH3 3D earbuds which have taken to Kickstarter this week and already raised nearly twice their required pledge goal confirming they will make the jump to the manufacturing stage. Available from just £17 for early bird backers, worldwide shipping is expected to take place during April 2018. “By combining advanced acoustic algorithms and digital signal processing algorithms, we deliver you true 3D surround audio with incredible clarity and spaciousness.”

The earbuds are equipped with 13 mm high-sensitivity drivers to provide users with “immersive surround sound and powerful bass frequencies” says development team. The earbuds also offer a 32-ohms impedance allowing them to be used with a wide range of low voltage CMOS-based electronic devices such as laptops and smartphones. “There’s no need to interrupt your workout. Choose a MFi lightning or USB-C connector for your Apple devices or select Samsung and Android devices. The inline mic and remote let you easily switch between calls and music.”

For more information and specifications jump over to the official Kickstarter campaign page where a full list of all available pledges are available.