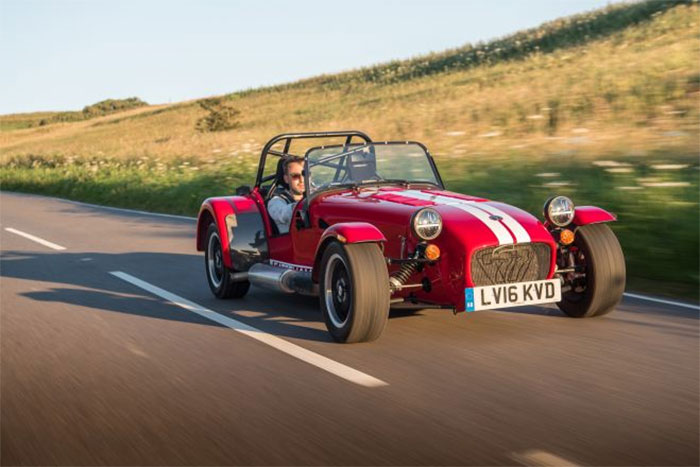 Caterham Cars has been churning out some of the coolest and best Lotus 7 replicas for years now. The company has announced a new model that came directly from its racing program. The new car is called the Seven 310 and it started out as an engine upgrade for racers who want to move up to the Supersport class from the Tracksport class where the racing version of the Seven was before.

The engine upgrade is called Sigma and it includes new mapping and new camshafts. The result of these tweaks is an additional 20bph. What the folks at Caterham found was that the extra power transformed the car to the point where they decided to produce an entirely new model rather than making the Sigma engine upgrade an option on the existing model alone.

The Caterham Seven 310 packs 152bhp and is available ready to drive for £24,995. The first of the models are expected to be delivered to customers in early 2017. Caterham Seven 270 owners can get the engine upgrade alone and it will sell for £1,495.

Simon Lambert, Chief Motorsport and Technical Officer for Caterham Cars, said: “It’s entirely fitting that the Seven 310, which we feel perfectly synchronises power and handling, has come out of the motorsport engineering process.”

“This car will be loved by Caterham enthusiasts but will also convert car fans in general who understand that creating a genuinely fun driving experience is not about simply adding more and more power; that often, less is more.”

“When we were going through the engineering process on the race engine upgrade, we had one eye on the aftermarket, of course. But, once the re-worked car hit the road, we knew it was far too good to be marketed simply as an option. The Seven 310 was born.”

“It’s like an unplanned baby. A wonderful surprise that instantly becomes your favourite. We weren’t expecting it but, of course, we wouldn’t change a thing now.”

“If Caterham was only going to make one car for the rest of its days, this would be it.”