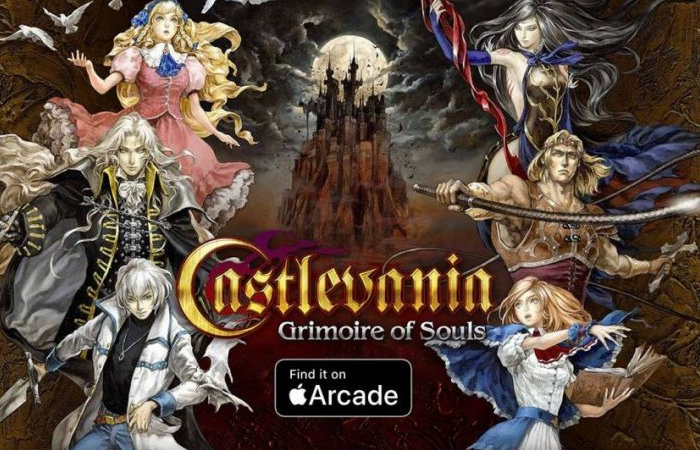 Konami has this week announced it will soon be re-launching Castlevania Grimoire of Souls on the Apple Arcade games service. At the current time the released dataset to “soon” but as always we will keep you up-to-date as more details are made available. The Castlevania Grimoire of Souls game was expected to be available sometime during 2019 but was pulled shortly after release. Now it looks as though Konami will be giving the game a second chance on the iOS platform making it available to play on iPhones, iPads and Mac computers.

– An All-New Castlevania Game! – The beloved gothic fantasy series returns with an original game exclusive to Apple Arcade with “Castlevania: Grimoire of Souls”!

– Classic Sound & Visuals – Immerse yourself in the rich world of Castlevania with the work of renowned artists from its long-running history – featuring character designs from Ayami Kojima and music by Michiru Yamane. Experience a new original story spanning the Castlevania universe!

– A True Action Game – “Castlevania: Grimoire of Souls” is a full-fledged side-scrolling action game. Experience a game with epic amounts of content including 60 levels, a wide variety of equipment, daily and weekly missions, and more! Set in a world after Dracula has been sealed away, the pages of a new story bringing together heroes of the past have begun to turn…

– Iconic Characters – Play as Alucard and unlock other legendary characters such as Simon Belmont, Charlotte, Shanoa, Maria and more to come! Master each character’s unique combat style to annihilate fearsome enemies and bosses!