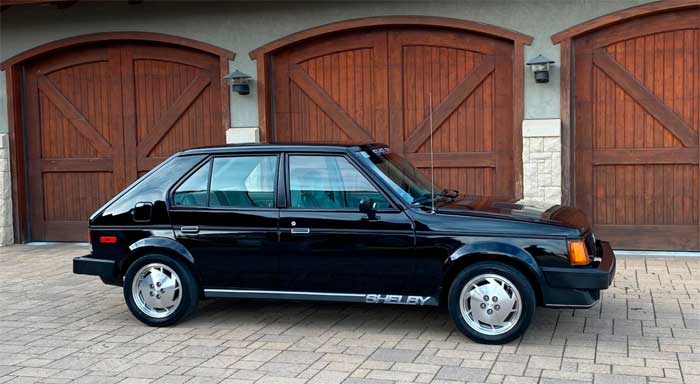 The name Carroll Shelby is heavily tied to souped-up Ford Mustangs and Cobras, but those aren’t the only cars Shelby had a connection with. In the late 80s, Carroll Shelby had a tie-up with Dodge that resulted in the odd and boxy little Dodge Omni GLHS. The car was a very square four-door turbocharged sedan.

Only 500 of the little vehicles were built, and the one seen in the images here actually belonged to Carroll Shelby. The car is number 86 out of the 500 unit run and is currently titled in the Carroll Hall Shelby Trust name. The vehicle has its original paint, logo stickers, and interior with 8176 miles on the odometer.

The little intercooled inline 4-cylinder engine makes 175 horsepower and has a five-speed manual transmission. The car is going up for auction with Mecum Auctions. It is estimated to bring as much as $75,000. For those wondering, GLHS stands for “Goes Like Hell S’more.”