Carmageddon: Reincarnation, the Kickstarted reboot of the delightful people (or zombie, if you’re German) squashing arcade racer will now be making the trek to Sony and Microsoft’s new offerings according to developer Stainless Steel games, despite the studio not yet being in possession of developer kits for either console. 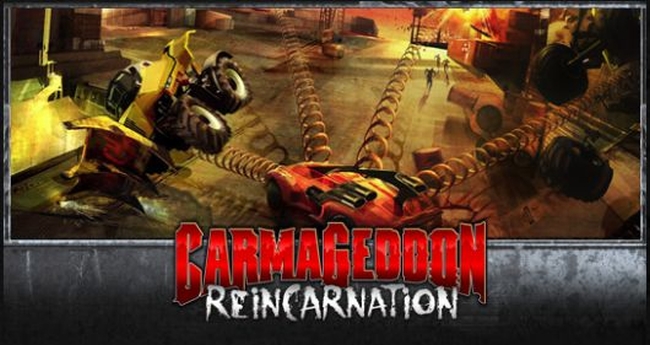 “Originally, obviously, we were looking at [a] downloadable [release],”  Stainless co-founde Neil Barnden said. “We don’t see any reason that this game that we’ve currently got scoped couldn’t eventually be boxed product.”

“I don’t see any reason with the assets we’re currently producing that we shouldn’t be up there with the others. But what we really focus on, in terms of the game, is the way it plays and the fun factor. As far as we’re concerned, the true triple-A quality of a game should come out of the gameplay, not out of how bloody shiny it is.”