There’s no shortage of external battery packs in the market, but there’s only one drawback, you have to carry an extra device in your pocket, which many of us may not prefer.

To help you solve this issue is Carbon, a solar charger that looks like a watch, but can be used to charge iPhone, Android or any other mobile device. The wearable will be available in several color options once it has reached its goal on the crowdfunding website, Kickstarter, and those who pledge will be contacted for their desired color option. 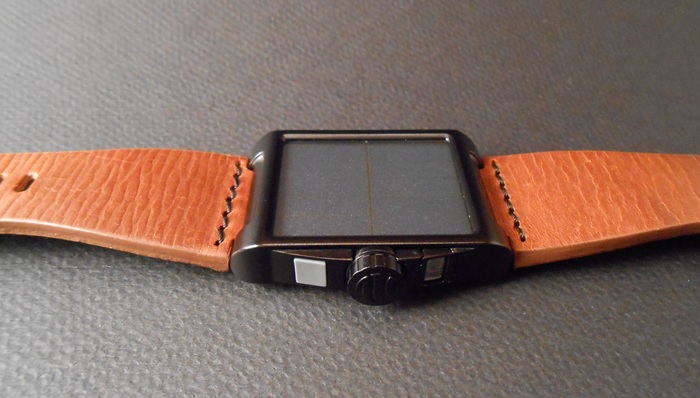 The device comes with a 650 mAh battery that can charge any type of mobile, and features a high tech solar cell that can be charged indoor or outdoor. Carbon charges mobile devices via a 2.5 mm jack plug, and the same plug is used to charge Carbon as well. There’s a screw cap attached to the side which makes sure that water or any sort of dirt doesn’t enter the plug.

Carbon also comes with an LED display that shows the battery level, charging status and even acts as a mini flashlight to provide light in dark corners where you’re deprived of light. An early bird pledge of $95 will get you the Carbon solar charged with a black strap and a color option of your choice. The more you pledge, the more you get so take a look at it.

The project is seeking a goal of $48,000 to enter mass production and still has 30 more days to go. If you think it can be helpful for you, headover to the Kickstarter page, and pledge for the project. The only thing I don’t like is that it doesn’t display a time, and for those of us who wear watches, it may not turn out to be as useful as it doesn’t make sense wearable two devices on your wrist. I’m hoping the company will come up with a solution for this as well.

In the meantime, you can check out the device in action in the video below, and let us know what you think.