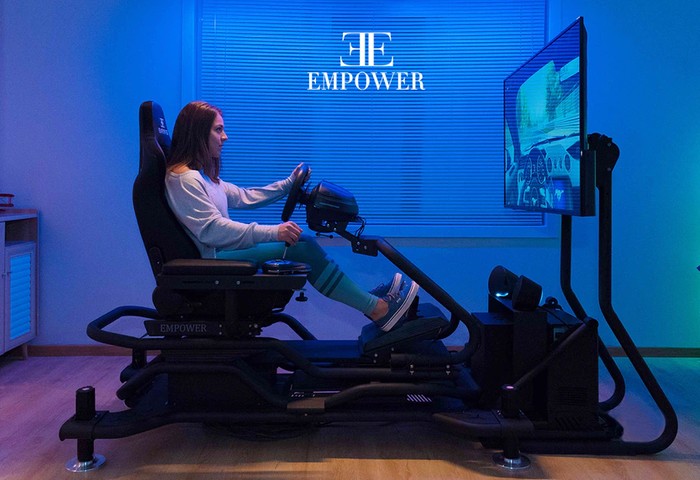 Gamers who enjoy racing around virtual tracks may be interested in a new immersion rig and 4 axis car racing simulator in the form of the aptly named GT Racer. Launched via Kickstarter the project has already blasted past its required pledge goal with still 23 days remaining and offers a complete immersive experience with all directional response design “yaw and gravity” and a cutting-edge motion simulator that is completely customizable.

“At Empower, we have engineered GT Racer as a racing simulator that blurs the line between game and reality, daring you to step into a racetrack experience more thrilling than anything you have ever experienced before. When you’re blasting around a circuit, passing cars on every side and pushing the accelerator all the way down, you are going to feel a rush. There is no way around that. Ask any experienced racer, and they will all tell you the same thing. Out on the track, you feel something that you could never feel anywhere else.”

Early bird pledges are now available for the car racing simulator from roughly $999 or £727 (depending on current exchange rates). 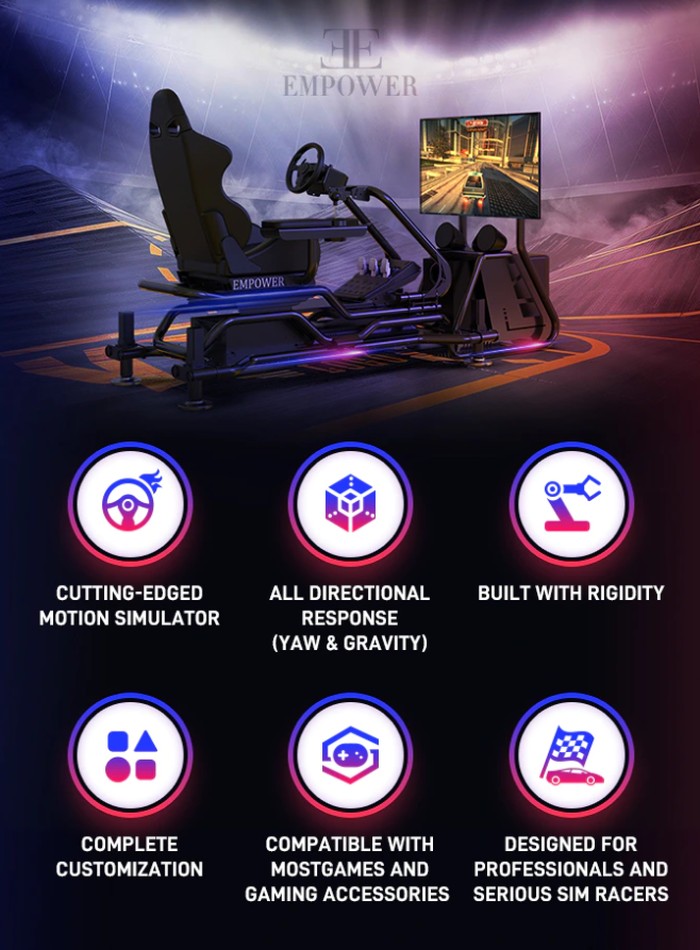 “For those of us who have grown up going head-to-head on console and PC simulated racetracks, Empower GT Racer is the next step in an extended evolution – and a lifelong journey to escape the confines of everyday life, to embrace all that VR racing has to offer. We have drawn on cutting-edge software and hardware to push the absolute limits of a racing game.”

For a complete list of all available project pledges, stretch goals, extra media and engineering specifications for the car racing simulator, jump over to the official GT Racer crowd funding campaign page by following the link below.