The Car Cam Dually is a device that records a person driving from various angles.  This device could come in handy on long road trips or could make a great gadget in the event that someone gets into a car accident. The Car Cam Dually is considered a spy gadget and it looks similar to a periscope. 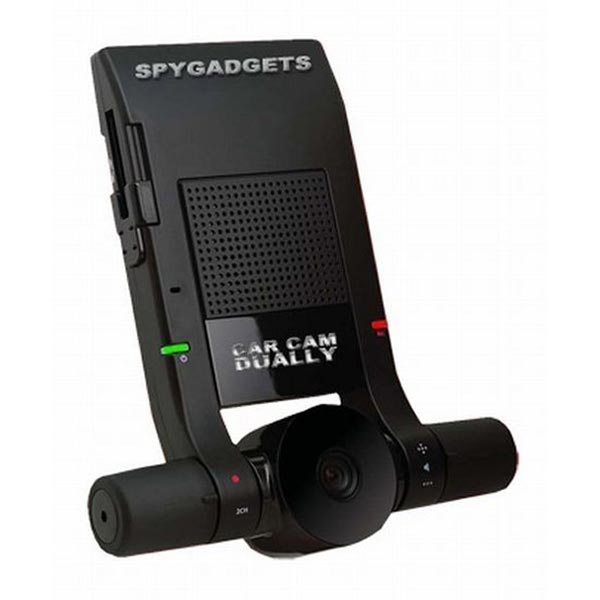 Paying for car damages can be expensive.   This is especially true for those who cause the actual accident.  The Car Cam Dually can potentially eliminate some of this expense by proving what really happened during a car accident.  The Car Cam Dually is also a good device for parents to use when they are monitoring the driving habits of their children.

The Car Ca can also mark the exact location of an accident using an integrated GPS compass.  It can even determine the impact force of the crash by using a G-Shock sensor.  One downside to the Car Cam Dually is that it has a grainy picture resolution of only 1.3 megapixel.

Some of the other features of the Car Cam Dually include an SD memory card, speed detection, integrated Google Map window, and Emergency or Continuous recording.