As well as revealing trailers for their new Resident Evil 6 game and Devil May Cry game this week. Capcom has also revealed the first trailer for their new Lost Planet 3 game which has yet to be announced. Check out the trailer after the jump that was revealed at Captivate 2012. 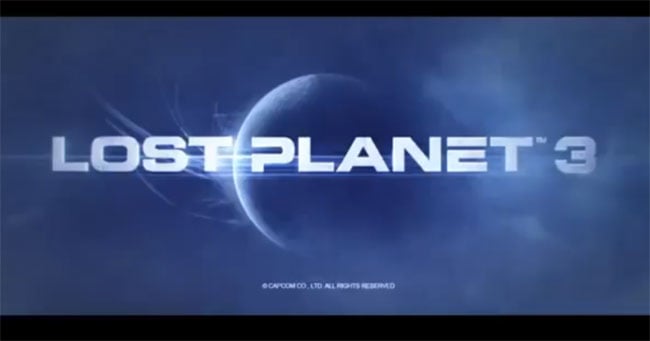 Very little is known about the new upcoming Lost Planet 3 title but its currently under development by developer Spark Unlimited and expected to released sometime in 2013 on both the PS3, PC and Xbox 360 platforms.

“Lost Planet 3 introduces Jim, a rig pilot who leaves Earth to take on a hazardous but lucrative contract on E.D.N. III. Working for Neo-Venus Construction (NEVEC) who are preparing the planet for colonization, Jim joins his fellow pioneers at the Coronis base and begins surveying the uncharted terrain and obtaining samples of the planet’s energy supply – Thermal Energy.”

The new game also promises multiplayer options, likely including co-op, but Capcom is keeping details of those aspects under the belt for now. When more information comes to light about Capcom’s new Lost Planet 3 game we will keep you updated as always.