At the 3D and Virtual Reality Expo in Tokyo last week Canon were showcasing their new Canon Mixed Reality Headset, which combines both real world environments and computer graphics, and will start shipping next month.

The Verge were able to put the new virtual augmented reality headset through its paces, and took apart a complex virtual airplane engine whilst wearing the headset, which you can see in the video after the jump. 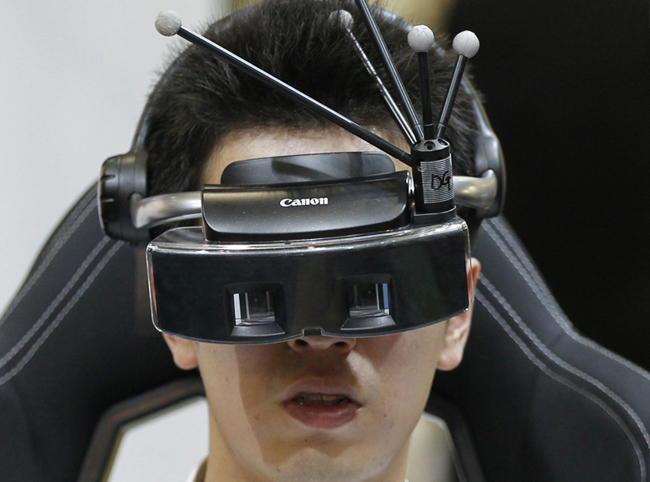 The Canon Mixed Reality Headset has been created to train people for difficult and dangerous applications, such as inside nuclear power stations, by combining reality and 3D computer graphics.

The headset is equipped with two cameras, one placed over either eye and captures real-time video that is then sent to a wired connected computer. The Connected PC then processes the data to create what Canon promises to be a precise amalgamation of the real world and CGI. Pricing for the new Canon Mixed Reality Headset depends on the applications you require says Canon.