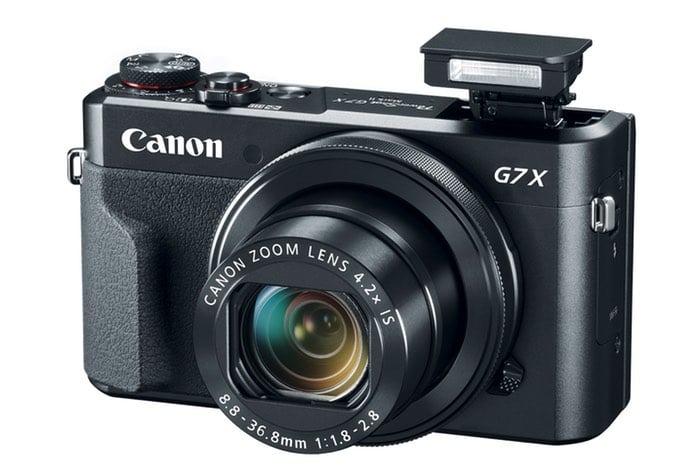 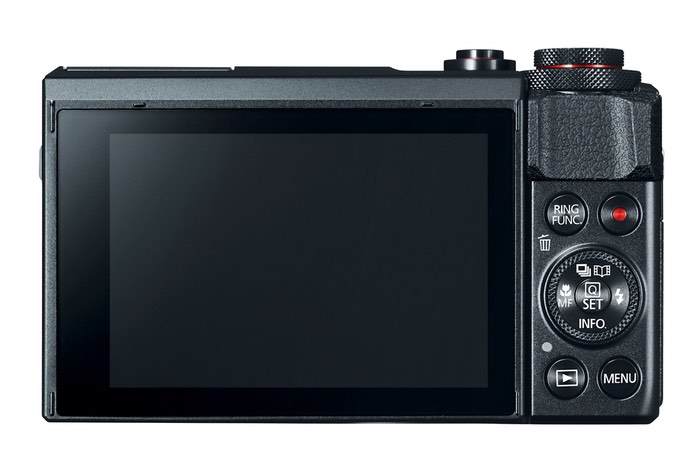 – Bright f/1.8 (W) – f/2.8 (T), 4.2x (24–100mm equivalent) optical zoom lens with Canon’s Intelligent Image Stabilizer (IS) and a 9-blade iris diaphragm;
– Multi-angle 3.0-inch capacitive touch panel LCD with a screen resolution of 1.04 million dots and tilt options of 180° up and 45° down;
– Ability to capture 1080p Full HD video in MP4 format with stereo sound;
– Built-in Wi-Fi** and Near Field Communications (NFC™)*** capability with a dedicated Wi-Fi button for easy sharing and transferring of images and videos;
– Picture Style function that offers superb command of in-camera color, contrast, and sharpness;
– In-camera RAW conversion, making it possible to preview customized image processing modifications on the camera, without the use of a computer;
– Convenient control ring lever that enables users to quickly switch between stepped and continuous ring movement;
– Time-Lapse Movie feature to help capture images at preset intervals and combine them to create a short movie clip;
– Panning feature that allows the camera to lock onto the main subject using Canon’s Intelligent IS technology to automatically adjust the shutter speed for beautiful background blur. 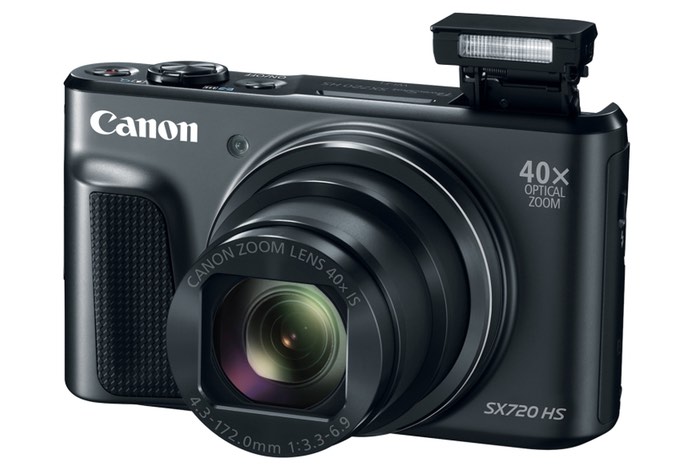 The Canon SX720 HS is equipped with a 20.3-megapixel CMOS sensor, a decent DIGIC 6 image processor and a 24-960mm lens providing a 40x optical zoom. other features include NFC, WiFi and the capability of capturing 1080p at 24, 30 and 60 fps which can then be viewed on the rear 3-inch screen. Additional features include :

– A dedicated Wi-Fi button for easy sharing and transferring of images and videos utilizing the camera’s built-in WiFi and NFCtechnology;
– 20.3 Megapixel CMOS sensor with Canon’s DIGIC 6 Image Processor to help deliver outstanding image quality, even in low light;
– 1080p/60 Full HD video capture with stereo sound;
– 3.0-inch LCD (approx. 922,000 dots) to allow for easy viewing, even from a wide angle;
– Zoom Framing Assist that allows the lens to automatically zoom in or out while the camera follows subject movement and helps keep it in focus;
– Story Highlight feature that enables the camera to automatically compile images and videos3 from a certain day or event into a mini-highlight reel with music and effects;
– Creative Shot mode that uses composition, color and lighting from an original image to create artistic images.

For more information on the new range of compact cameras from Canon jump over to the official website for full specifications and details on when they will be made available for consumers to purchase worldwide.