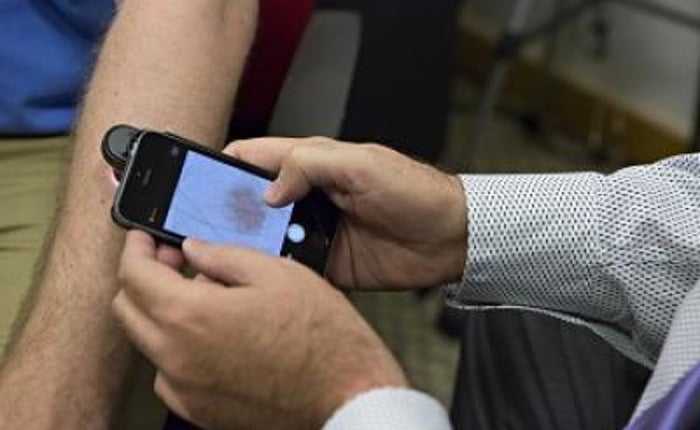 Researchers at the University of Houston may be close to finalising the development of a smartphone application that is capable of detecting a melanoma on a patients body.

The new cancer detecting smartphone application is still in its very early developmental stage and requires a $500 magnifying lens to be able to successfully detect a cancerous melanoma on a patient.

At the moment the cancer detecting smartphone app is roughly 85% correct and is currently as affected as visiting a dermatologist and provides a more accurate diagnosis than an average primary care physician.

George Zouridakis, professor of engineering technology at the University of Houston, has been working on the project since 2005, and started developing an application for smartphones after the iPhone became such an ubiquitous handheld device.

The primary goal of the smartphone application is to provide quick screening in rural areas or in the developing world, where specialty medical care generally isn’t available. Dr. Ana Ciurea, assistant professor of dermatology at MD Anderson, said the project is in the early stages.

“Our research with Dr. Zouridakis on his promising iPhone app will focus on evaluating its use for risk assessment and as a screening tool for early detection of melanomas,” she said. “We are in early stages of planning and approval for this project, but such an application, if validated, has the potential for widespread use to ultimately improve patient care.”

For more information on the new cancer detecting smartphone app jump over to the Eurek Alert website for details.