If you own a PS3 and have been waiting patiently for the release of the latest DLC content to arrive on your console, you are going to be delighted to learn that the new Call Of Duty: Black Ops Annihilation will be arriving on Sony’s Playstation 3 on July 28th. One full month after the same DLC arrived on the Xbox 360.

If you have already forgot what the DLC even contains, Black Ops Annihilation is made up of five new maps, 4 regular maps along with a zombie special map. The maps are called Drive-In, Hangar 18, Hazard, and Silo, together with a new zombie map, Shangri-La. Watch a brief run through of the maps in the video after the jump. 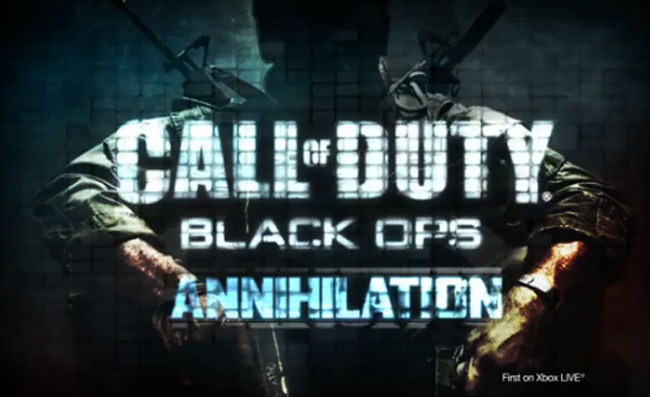 Sony have announced that the COD: Black Ops Annihilation DLC will be available exclusively through the PlayStation Store for the usual price. Enjoy! Finally.