A new music keyboard has launched on Kickstarter this week that has been specifically design for the Apple iPad tablet in the form of the C.24 two octave wireless music keyboard.

The new portable C.24 music keyboard transforms from an iPad protective cover into a piano-style keyboard at the touch of a spring-loaded latch. Watch the video after the jump to learn more about the C.24 project and see it in action. 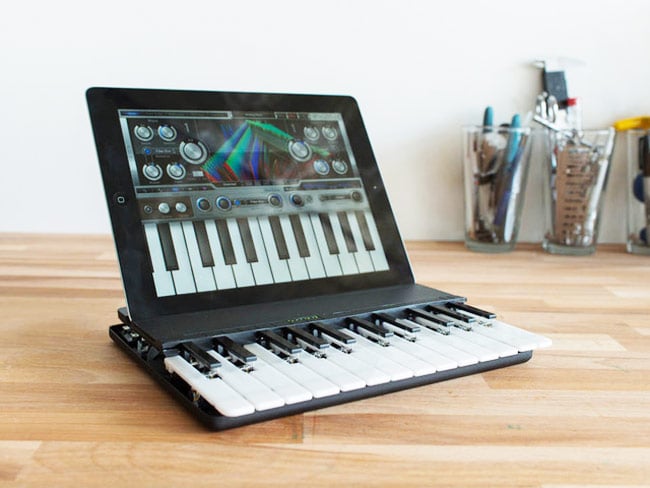 The C.24 has been designed by Miselu based in San Francisco, CA and has already raised half its pledge total with still 28 days to go. Its developer explains more :

“The use of anti-polarity magnets creates the semi-weighted feel of the keyboard. By using magnets instead of traditional springs reliability and longevity are extended. Each key press is sensed by an infrared emitter detector pair providing real time analog position data. Optical key tracking technology delivers MIDI velocity, monophonic aftertouch as well as detailed performance capabilities.”