Fans of Breaking Bad are sure to enjoy this animation created by Matt Czap and revolves around a bored Enterprise crew holding a pie-eating contest… that goes horribly wrong. Watch the video after the jump to learn more about the Breaking Bad Star Trek Script project and see it brought to life. 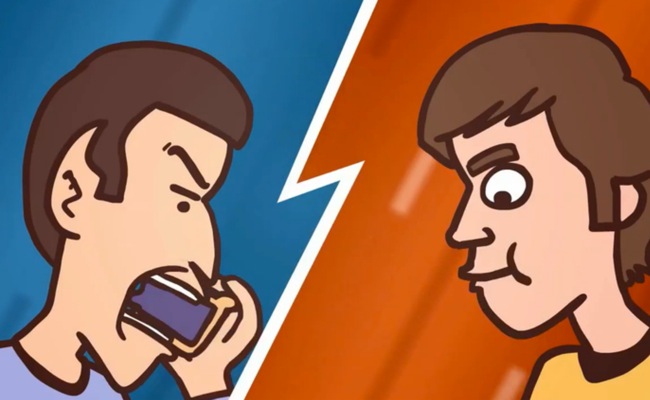 “Vince Gilligan had been telling the story of a pie-eating contest gone wrong aboard the Enterprise to the writers of Breaking Bad for as long as writer Peter Gould can remember. “Since probably the first season,” laughed Gould, the author of last night’s season-5.5 opener, “Blood Money.”

When it came time to give Badger another stoned (and yet amazingly coherent!) speech, Gould says he asked to borrow Gilligan’s Star Trek fan fiction, which involved an ill-fated Chekov and the gross misuse of the transporter. “We talk about Greek tragedy in the writers’ room, but there are a lot of geeks, so there’s a lot of geek tragedy, too,” Gould said.”

For more information on the new addition to Breaking Bad jump over to the Vulture website for details.