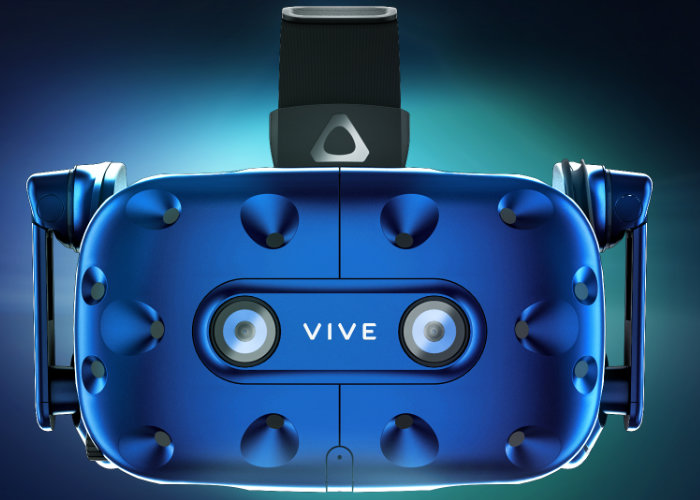 Users of the virtual reality Vive Pro headset may be interested to know that a digital imaging company called Almalence has created a unity plug-in that is capable of boosting visual clarity inside the Vive Pro Eye. The new technology requires no additional hardware and is capable of pushing the Vive Pro Eye’s eye-tracking technology even further as in the example below.

Almalence has made the plug-in available for free to Vive Pro Eye users upon request as part of a beta testing phase and will be considering potential commercial contracts on a “case-by-case basis” says the UploadVR website. Unfortunately the Vive Pro is a professional grade headset and is priced at $799 for the headset only. You will also need a couple of base stations if you do not already own them from previously purchased Vive VR headsets. 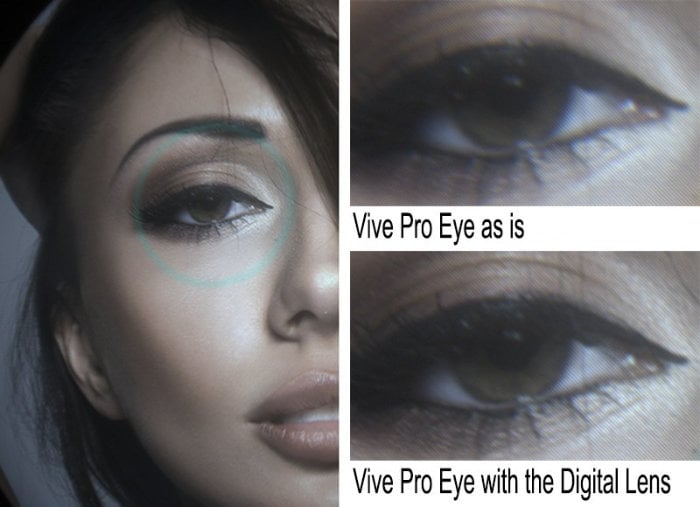 “Almalence Digital Lens is a computational technology allowing to overcome the limits of HMD optical performance. Using the knowledge about physical optical system and the eye tracking data, it increases the visible resolution and removes chromatic aberrations across the entire field of view, at any gaze direction. It does a job of a corrective optical element while adding no extra size or weight to the HMD device.

It is commonly accepted that picture quality and visual fidelity are crucial factors for truly immersive VR experience and for VR adoption in general. Few realize though, that simply increasing the display pixel count is not enough, because it matters not only what the display shows but what the user can see and the quality of the visible picture is actually limited by the fundamental constraints affecting the optical performance of HMD lenses — presence of a moving lens element (eye pupil) and overall size constraint, limiting the complexity of the optical system.

Limited HMD optical performance is the main reason why the substantial increase of display resolution in HTC Vive Pro over the original Vive did not bring much of a visible improvement. With the Digital Lens added to Vive Pro Eye, we measure twice higher visible resolution along with tenfold reduction of color fringing. The Digital Lens literally makes the Vive Pro’s high resolution visible.”

The Vive Pro is fitted with High resolution AMOLED screens, with super-rich colours and contrast and offers a 2880 x 1600 pixel resolution or 615 PPI offering a 37% PPI increase and a 78% pixel increase when compared to the previous generation. Features include