Android smartphone and tablet users who feel like donating some other processing power the scientific endeavors can now do so by using an app. The app is called Boinc, which stands for Berkeley Open Infrastructure for Network Computing. The project has been around since 2002 and scientists behind the project recently developed an application for Android users. 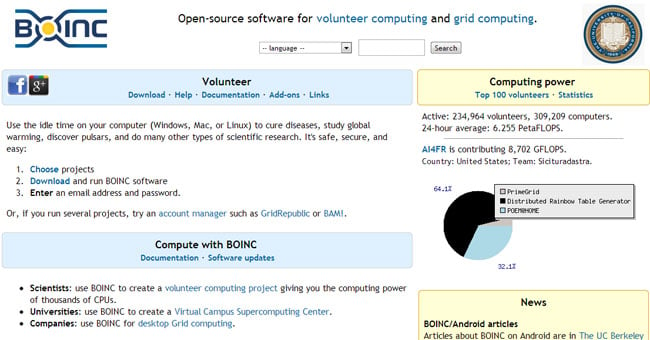 The Android application allows them to volunteer spare processing power to one of six different programs. Among those available programs are Einstein@Home and FightAIDS@Home. The Einstein project will use the distributed power to analyze data from the world’s largest radio telescope in Puerto Rico to hunt for radio pulsars.

The AIDS program is hosted by the IBM World Community Grid and allows the extra processing power to be used in anti-AIDS drug discovery. The power will also be used to study multi-drug-resistant in the HIV virus. Once the app is downloaded, the users can specify which project they want to donate their processing capacity to. The app only works when the battery life is over a certain level such as 90% by default and connected to a power source and to a Wi-Fi network.